As expected, Chinese tablet maker Cube has launched a tablet with Remix OS, a custom version of Android designed to look and function a bit more like Windows.

The Cube i7 Remix tablet is now available in China from JD.com for ¥ 999, which is about $161 US. It’ll likely cost a little more if and when it’s available outside of China… but Cube’s tablet is still much more affordable than the only other tablet to ship with Remix OS to date. 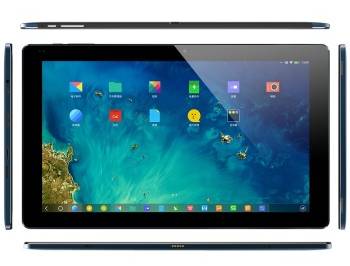 Jide’s Remix Ultra Tablet sells for about $430 at Geekbuying. That tablet is made by the developers of Remix OS and it’s a pretty nice piece of hardware. Jide is currently beta testing the English language version of its software and plans to make it more widely available in the future.

That could happen both through updated versions of the company’s own tablets, and through partnerships with third-party companies including Cube.

The Cube i7 Remix tablet features an 11.6 inch, 1920 x 1080 pixel IPS display, an Intel Atom Z3735F Bay Trail processor, 2GB of RAM, 32GB of storage, and an 8400 mAh battery. It has front and rear cameras, and like the Jide Remix Ultra, it can work with a keyboard dock… but unlike the Jide tablet, Cube sells the tablet and its optional keyboard separately.

Remix OS is the most interesting thing about the tablet: it’s basically Google Android with a taskbar and support for running some apps in phone-sized windows even on a tablet. This lets you fit multiple apps side-by-side on the screen. You can drag and drop those windows to move them around.

This lets you do things like watch a YouTube video in one window while chatting or surfing the web in another.

Some apps are better suited to phone mode than others. Web browsing or document can be a bit cumbersome in a tiny window. But instant messaging or other communication apps run nicely in little windows.

Since phone-mode apps can run on top of other apps there’s nothing stopping you from opening a full-screen web browser and then just tapping the icon in the taskbar to bring up Hangouts or Twitter for a moment before minimizing them.

Update: Geekbuying is taking pre-orders for the Cube i7 Remix for $200, which is about half the price of a Jide Remix Ultra tablet.