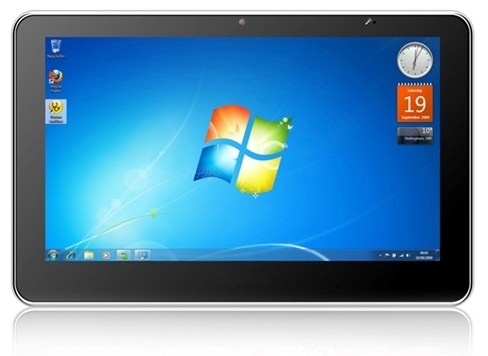 I probably won’t have my full review of the CTL 2goPad ready for another few days, but apparently plenty of people weren’t waiting for my review to pull the trigger and purchase this $499 slate PC with a 10 inch capacitive display. CTL says the company sold out of the 2goPad the day after it started taking orders last week.

CTL expects to get a new shipment at the end of November, but expects to sell through those units quickly as well. That’s not surprising, because while CTL offers some interesting products, it’s not exactly an enormous company on the scale of a Dell, HP, or Asus. Update: CTL says the problem isn’t company size or purchasing ability, but the short supply of 10″ multitouch capacitive displays.

If you want a bit of a preview of my 2goPad review, it goes something like this: It’s probably one of the best budget Windows slates on the market today… but that’s not saying a lot.

First of all, at $499, the 2goPad isn’t exactly cheap when you consider the fact that it’s basically a keyboardless-netbook with a touchscreen, accelerometer, and lower capacity battery. Second, the price will soon go up to $549 when the launch promotion ends on Wednesday.

Third, while I’ve found the 2goPad much easier to use than the Netbook Navigator Nav9 due to some hardware and software optimizations, I still find there are some Windows 7 quirks that make the operating system awkward to use on a touch-only device, particularly one with a relatively slow processor.

I’ll have more details to share soon. In the meantime, if you’re looking to get a 2goPad before the end of the year it looks like you’d best reserve one soon before the backorder date gets pushed further back.

You can also check out my unboxing and hands-on video after the break.