Microsoft and Qualcomm are working on a version of Windows 10 that will run on devices with Snapdragon 835 processors. But what kind of devices?

Smart money is on tablets and compact laptops, to start. But the folks behind the KS-PRO and KS-PROID Indiegogo campaign have a vision for a device that brings back the concept of a UMPC (Ultra Mobile PC).

I’m not entirely convinced that this campaign will ever lead to a real product. But it certainly seems like a plausible vision, given the current state of technology. 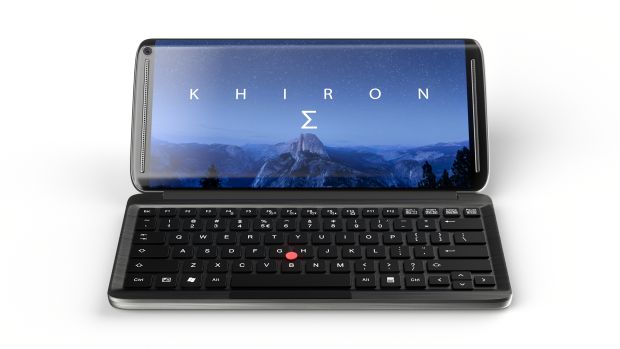 It has a clamshell-style design and features a QWERTY keyboard with a pointing stick in the center rather than a touchpad, in order to save space.

The KS-PRO isn’t the only device with this category to hit a crowdfunding site recently. But it’s still not exactly common to see tiny laptops with this sort of design.

Since the system is powered by  Snapdragon 835 chip, it should be able to run the upcoming version of Windows 10 designed for that platform, but it can also handle other operating systems. So the developers are offering Windows 10 models for a pledge of $600, and an Android-powered KS-PROID for a pledge of $450.

If the campaign raises at least $300,000, the team hopes to ship the first Android units by November, with the first Windows 10 models going out in January, 2018.

There’s a lot of ifs though:

That said, whether the KS-PRO ever makes it to market or not, I suspect it won’t be long before we see some company produce hardware that looks a lot like the imagery produced for this crowdfunding campaing.