Want to use your smartphone like a laptop? Two popular crowdfunding campaigns have launched this year in hopes of delivering hardware that lets you do that.

Andromium’s Superbook looks like an 11.6 inch laptop, but it uses you Android phone’s processor, memory, storage, and software. The campaign is still ongoing, but the team has already raised over $1.7 million and hopes to deliver the first Superbooks in early 2017.

Earlier this year a project called NexDock raised over $360,000 for a 14 inch model aimed at Windows 10 smartphone or tablets. Now the team has announced that the first NexDock products are about to ship to backers of the Indiegogo campaign.

Update: The first units have been delivered… but some early recipients are reporting problems with their devices, so further shipments have been suspended while the problems are investigated. 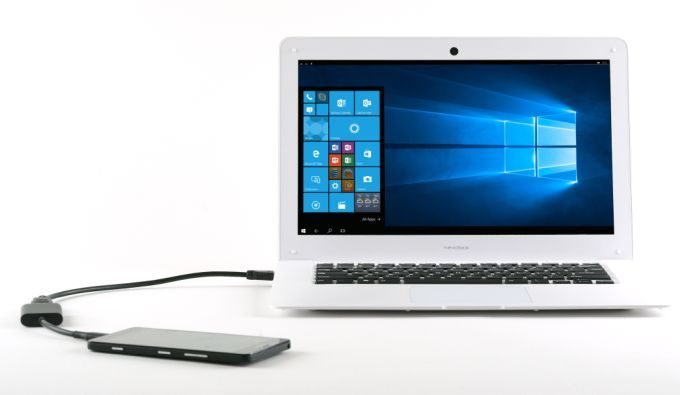 The first batch of NexDock units will go out to around 700 or 800 backers, with more coming in mid and late August.

While the Superbook is designed for use with Android devices and works best when users install an Andromium OS app to make the operating system feel more desktop-like, the NexDock takes advantage of Microsoft’s Continuum software which allows Windows 10 devices to adopt mobile or desktop-style layouts depending on the hardware that’s detected.

You don’t have to use Windows though. The NexDock is basically a screen with HDMI input, a battery, and a Bluetooth keyboard. You could plug in an Android phone and use it to watch videos on a larger screen. You could also connect a Raspberry Pi, Intel Compute Stick, or other mini PC (and use the laptop dock’s battery to power the little computer).