Three years ago a group of folks raised more than $2.9 million through a Kickstarter campaign for their Superbook — a laptop dock that you connect to your smartphone to use your mobile device as if it were a notebook computer.

Then reality started to set in. The team encountered some unexpected challenges and pushed back the release date by a few months… and then didn’t actually start shipping units to backers until a year later.

Now another year has passed and Android Police reports that only 75 percent of backers have received their Superbooks. The rest probably never will. 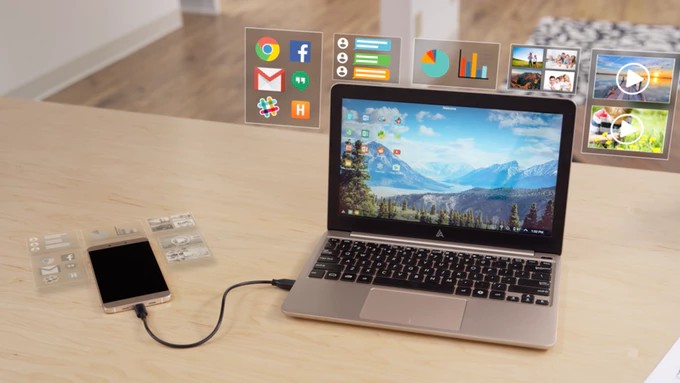 In a private update posted to Kicsktarter, one of Sentio’s co-founders explains that the company has run out of money due to problems with component suppliers and manufacturers. With no new money coming in, Sentio let go of some staff. And the company has been trying to renegotiate an outstanding bill from a logistics company.

The reason this wasn’t all clearly communicated to backers earlier was that Sentio was concerned that the companies it was negotiating with would see any public statements and that they could affect the outcome of any talks.

But at this point, things look pretty bleak.

Meanwhile, the smartphone space has changed quite a bit since the Superbook idea was first proposed. Smartphones have larger screens than they used to. Some have built-in software that lets you connect them to an external monitor and keyboard for use in desktop mode. And some Android phones already are also laptop computers.

As for the Superbook, it appears that many of the people who did get their hands on one aren’t exactly impressed with the build quality or functionality.