Tape cassettes have been making a surprising (if small) comeback in recent years, with a growing number of musicians releasing albums in the format.

Sure, they don’t have the same level of sound quality as CD, vinyl, or even Hi-Fi digital streaming. They’re not as convenient as digital, since you have to manually fast forward or rewind rather than skipping tracks. And even if your tape doesn’t get tangled up at some point, there’s a good chance that the more you listen, the more you’ll wear it out, degrading the audio quality even further.

But… that’s part of the appeal for some folks, as is the analog nature of the format. Or maybe it’s just nostalgia. Anyway, people seem to be paying money for music recorded in the not-quite-obsolete format.

That doesn’t mean you have to forego modern conveniences like Bluetooth headphones though — because now you can back a crowdfunding campaign for the “World’s First Bluetooth 5.0 cassette player” in hopes of having one delivered later this year. 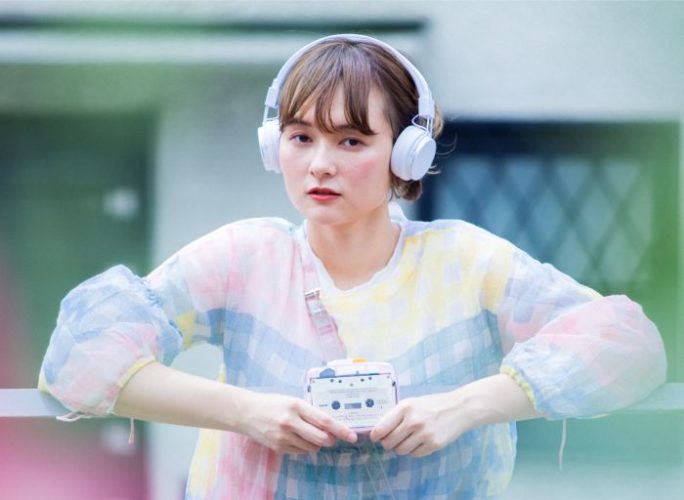 The It’s OK cassette player is basically a Sony Walkman-style portable cassette player with a transparent cover (so you can see the tape while it plays), play, stop, record, fast forward, and rewind buttons, and a microphone – so you can record messages at any time.

There’s a 3.5mm audio jack that you can use for wired headphones. But the Bluetooth 5.0 support is what sets this device apart from cassette players from years gone by. There’s a Bluetooth on/off switch that lets you toggle the feature and an LED indicator light.

It’s powered by two AA batteries and the tape player 4.6″ x 3.3″ x 1.3″. The cassette player will be available in blue, white, or pink color options.

The It’s OK is going for $63 during the Kickstarter campaign, and it should ship in December, when the retail price is expected to go $90. Wired or wireless headphones are sold separately.

Is this a device anyone needs? Probably not. But if you’ve never gotten around to digitizing your old mix tape collection, it could be a way to bring them into the modern age… or something.

NINM Lab is the company behind the project, and while there’s always a bit of risk involved in “ordering” from a crowdfunding campaign, the folks have previously delivered another retro-style device with modern features. The Instant Magny 35 was an accessory that allowed you to add an instant printer to a classic 35mm camera, turning it into a sort of modern Polaroid.

8 replies on “Crowdfunded portable cassette player is the first with Bluetooth 5.0 (if that’s something you want)”