Two interesting media center products hit their crowdfunding goals recently, which means that the Raspberry Pi-powered Slice media center and the modular EzeeCube should both hit the streets in the next year or so (if all goes according to plan).

But if you weren’t sure whether to pull the trigger on either device at first, the creators of each project are offering some new incentives. 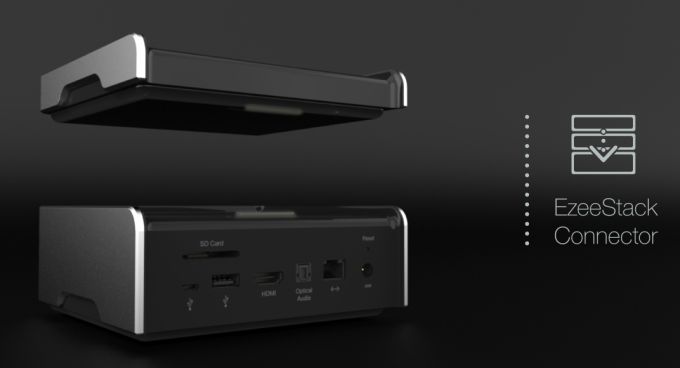 EzeeCube is a modular media player and home server. The base unit is all you need to backup data from your Android or iOS devices on a 1TB or larger hard drive. Hook up a TV and you can use XBMC to watch media on your TV.

The system is also modular: you can add more storage, a TV tuner, a Blu-ray drive, or other features buy stacking another cube on top of the system.

The EzeeCube crowdfunding campaign at Indiegogo actually ended earlier this month after the team raised more than $146 thousand, which is nearly twice as much money as they’d hoped for. But folks who didn’t get a chance to back the initial campaign can now contribute to a new campaign in order to reserve an EzeeCube system for $349 or request some of the other perks that had been offered in the original campaign.

You’ll have to wait until at least March before your EzeeCube is delivered though.

Slice is a less ambitious media center system, but it should begin shipping to backers in November, 2014.

The device is designed to bring XBMC media center (soon to be Kodi) to a TV. It features a wireless remote control, 24 programmable RGB LED lights, and the guts of a small, cheap computer with a very large independent developer community.

In order to request one of the first Slice units you’ll need to pledge £109 (about $181) or more in a Kickstarter campaign, which makes Slice is a bit pricey when you consider you could basically build your own Raspberry Pi media center for a fraction of the cost. But Slice is attractive and you should be able to use it out of the box with no configuration required.

The team behind the project recently passed their £90,000 crowdfunding goal, and there’s more than a month left in the Kickstarter campaign. So they’re introducing stretch goals.

The first one has already come and gone: initially the Slice was designed to feature 10/100 Ethernet, but no WiFi. Now every device that ships to backers (even the models that go out to folks who have already pledge), will come with a tiny WiFi dongle.

Slice Is Funded + Stretch Goals!! from FiveNinjas on Vimeo.

Additional stretch goals will be added as the project progresses.