The Gemini PDA is a tiny laptop with a 6 inch screen, a MediaTek deca-core processor, 4GB of RAM, 64GB of storage, and a QWERTY keyboard. It’s designed to dual boot Google Android and Linux.

Planet Computer launched an Indiegogo crowdfunding campaign for the Gemini earlier this year. Originally the company had planned to ship the first units to backers in November and December, but now Planet Computer says that date has slipped to mid-January.

By crowdfunding standards that’s actually not bad (if it’s accurate). 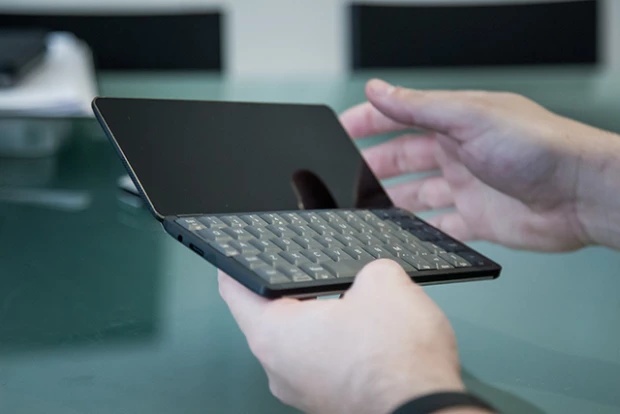 The company recently asked backers to confirm their preferred keyboard layout and plug options for units being shipped to different parts of the world.

Mass production should begin in early January with Gemini PDAs shipping to backers of the campaign before the end of the month.

It looks like some of the specs for the Gemini have changed since the campaign was originally unveiled. On the bright side, Planet Computer has opted for a MediaTek Helio X27 processor rather than a Helio X10 chip.

While the Gemini is about the size of a large smartphone, it’s designed to be usable as a laptop, thanks to a slide-out keyboard. And if that keyboard design looks familiar, that’s probably because you’ve been paying attention to tiny computers for a very long time.

Planet Computer hired Martin Riddiford to help design the Gemini PDA. He worked on the Psion Revo and Psion Series 5 handheld computing devices in the 1990s.