For years, CodeWeavers has been selling CrossOver software that lets you run some native Windows programs on Linux and Mac computers.

Now the company is getting ready to bring CrossOver to Android, making it possible to run Windows software (including games) on Android phones or tablets, as well as Chromebooks like the Acer Chromebook R11.

A tech preview of CrossOver Android will be available to a group of testers starting August 25th, 2016.

Update: Check out our follow-up article for a hands-on look at CrossOver for Android running on an Acer Chromebook R11. 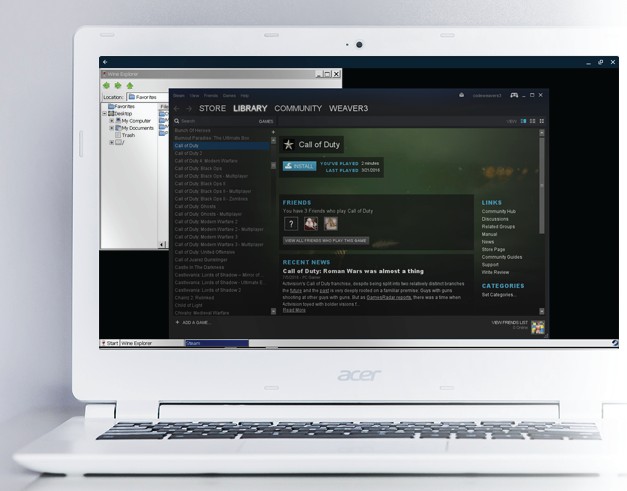 CodeWeavers says supported software includes Microsoft Office, Quicken, and the Steam Game client as well as games that use DirectX.

Keep in mind that even on Mac and Linux computers, there are a lot of Windows programs that don’t work with CrossOver. The list of unsupported software is even larger for CrossOver Android.

And some programs that do run might not run very well, thanks to the limited amount of RAM, disk space, CPU power, or screen space available on most Android or Chrome OS devices.

In order to test the tech preview of CrossOver Android, you’ll need to sign up to join the beta program using the email address linked to the same Google account you’ll be using to download the app from the Play Store.