The Microsoft Lumia 640 is a smartphone with a 5 inch HD display, a Qualcomm Snapdragon 400 quad-core processor, and Microsoft’s Windows Phone software. It’s also a pretty affordable device: when Microsoft launched the Lumia 640 in March, the company said it would sell for about $160 without a contract.

Now Cricket Wireless is the first US carrier to begin selling the phone, and it’s even cheaper than expected: starting Friday, May 15th you’ll be able to buy the phone from the pre-paid wireless carrier for $130. 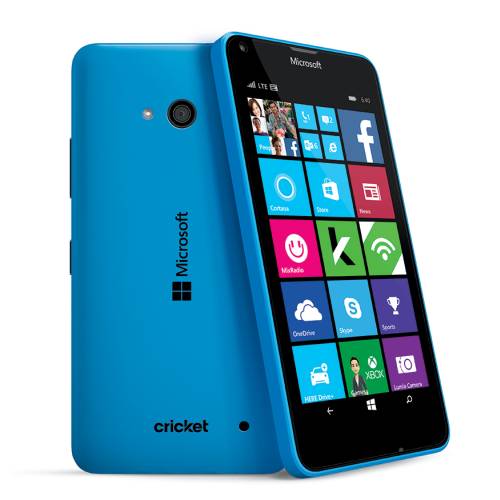 Microsoft will also throw in a 1-year subscription to Office 365 Personal if you buy the phone before June 30th.

The Lumia 640 ships with Windows 8.1 software, but it’ll be eligible for a free upgrade to Windows 10 Mobile when Microsoft’s next-gen operating systems for mobile phones launches later in 2015.

There’s no word on whether Cricket or any other US mobile operators plan to offer the Lumia 640’s big sibling, the 5.7 inch Lumia 640 XL. That model has the same screen resolution and processor, but features a larger battery and better cameras.