As we discovered earlier this year, the phone has a 5.3 inch display and a 4,100 mAh battery. The rest of its specs are pretty mediocre, but at least it’s reasonably priced: Cricket will sell the phone for $150.

New customers that port their numbers to Cricket can also get it for $50 off for a limited time. 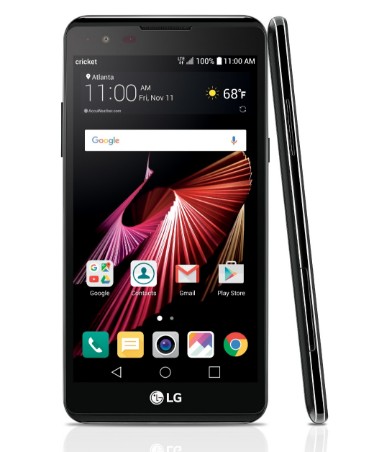 The phone features a 1280 x 720 pixel IPS display, 2GB of RAM, and 16GB of storage. It has a MediaTek MT6735 quad-core processor, which is the same chip that powers the BLU R1 HD smartphone (you know, the one Amazon sells for as little as $50).

But the LG X Power has a battery that’s 64 percent larger than the 2,500 mAh battery in BLU’s phone.

The X Power also has support for Qualcomm Quick Charge 2.0. LG says you should be able to fully charge the battery in about 2.3 hours.

Another battery-centric feature? You can use the phone as a power bank: plug another phone or tablet into the LG X Power and you can recharge a second device from the phone’s battery.