Leap Motion and Microsoft’s Kinect aren’t the only games in town when it comes to hardware that lets you control a PC without touching it. During a keynote at Computex in Tawian today, Intel showed off a new camera from Creative that’s designed to bring 3D controls to tablets, notebooks, and other devices.

It’s called the Creative Senz3D, and it’s expected to hit the streets in the third quarter of 2013. 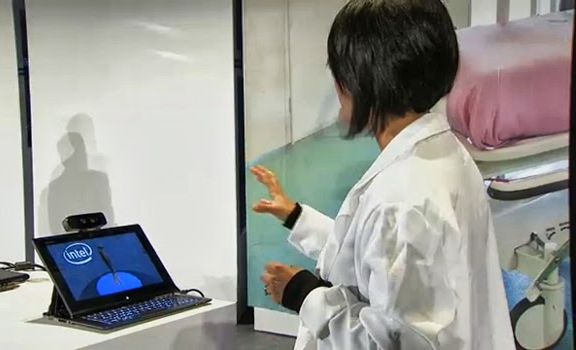 Right now the Senz3D system is a camera/depth sensor that you can tack onto an existing device. Eventually Intel could shrink the hardware so that future devices will have 3D gesture controls built in, much the way front-facing webcams are pretty much standard issue today.

For decades the keyboard and mouse or touchpad have been the primary tools we’ve used to interact with computers. Over the past few years touchscreen displays have risen in popularity.

Intel, Creative, and others are now trying to skate toward where they think the puck will be in the coming years by building hardware and software for things like voice control and gesture control.

One of the nifty things about about the Senz3D camera is its ability to differentiate between a person and their background, letting you do things like removing the background while you’re shooting a video.

via SlashGear and Chippy