One of the things that prevents thin and light laptops from getting too thin is that they usually need to be large enough for at least a few ports. But that’s not an issue for the Craob X, because this laptop doesn’t have any physical ports at all.

The result is a laptop that’s 7mm (less than 0.3 inches) thick and which weighs just 1.9 pounds and relies on a magnetic wireless accessory for things like charging and connecting wired peripherals including displays, keyboards, mice, or storage devices. The only catch? I can’t actually tell if the Craob X is a real thing you’ll be able to buy one day or just a concept. 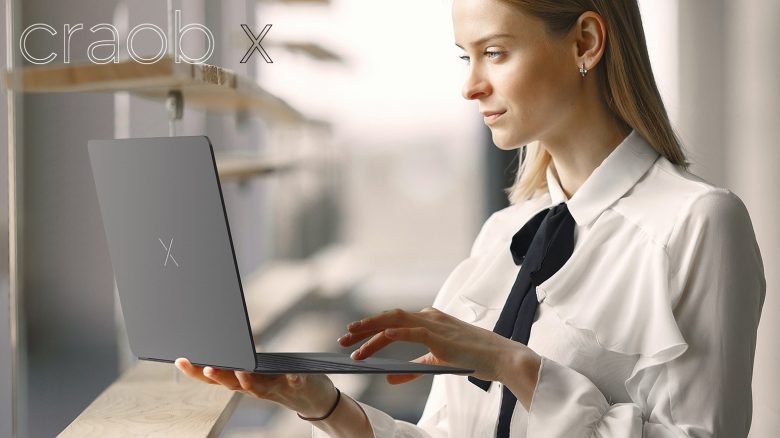 Craob isn’t exactly a household name, and the Craob X appears to be the company’s first product. The Craob website is filled with sleek-looking pictures, but they all look like renders rather than real-world photos. And there’s no word on the pricing or availability for this port-free laptop yet.

Theoretically the technology required for a port-free laptop exists. Heck, Apple released a MacBook with just a single USB-C port and a headphone jack nearly seven years ago, and since then it’s become increasingly common to see notebooks with just a few ports. Sooner or later it seems inevitable that some PC maker will try to remove the last few ports. It’s just a little unclear whether Craob will actually be the first to bring a port-free notebook to market. 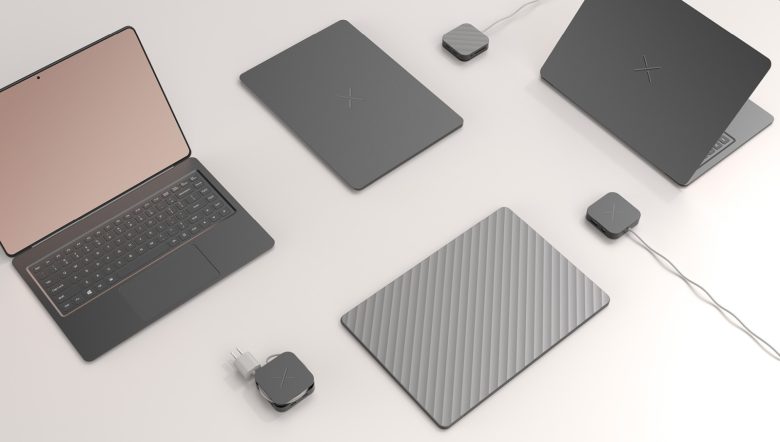 But here’s what the company is promising:

The wireless charger can attach to the lid of the notebook magnetically, letting you top up the battery without plugging a cable into a port. And the same accessory that provides wireless charging also includes USB Type-C, USB Type-A and headphone ports plus a microSD card reader, allowing you to use this port-free laptop with… things that need ports. 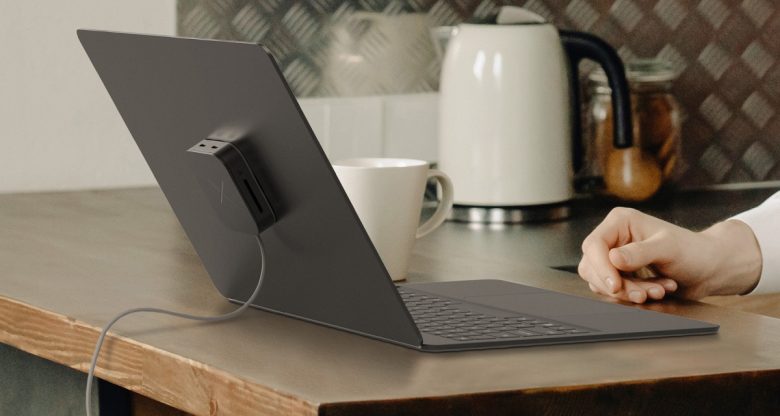 Pictures of the “portshub” charger also show an interesting design that allows you to lift the top, wrap the charging cable around the center, making the charger/hub into a compact accessory that you can easily throw in a bag before you leave the house.

You can find more images at the Croab website.

via VideoCardz, HotHardware, and MyLaptopGuide