There are plenty of smartwatches that support voice control. Most use Google’s Voice Search, Apple’s Siri, or whatever Samsung calls its Tizen-based voice recognition software.

But the CoWatch is different: it’s the first watch to use Amazon’s Alexa voice service. You know, the one that powers the Amazon Echo line of products and Amazon Fire TV devices.

Update: The CoWatch is now available from Amazon for $299 for folks that missed out on the crowdfunding campaign. 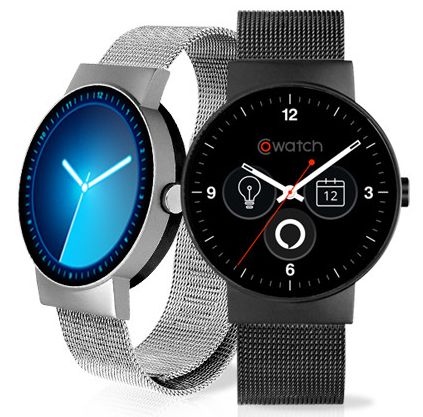 Whether that’s a selling point for you probably depends on how much you use Amazon’s other services. But you can do a lot more than add items to your shopping list by talking to “Alexa.”

For example, Amazon points out that it’s cloud-based voice service could come in handy when you’re on the go by letting you do things like ask for a weather forecast, schedule information, or an Uber pickup. If you have smart home products that tap into Alexa, you can even control you lights, thermostat, or security system with your voice.

The CoWatch was developed by a startup called Cronologics, which is running an IndieGogo campaign for the watch ahead of a planned June, 2016 ship date.

Cronologics says the retail price for the watch will be about $279, but early backers of the crowdfunding campaign can reserve one for as little as $159.

The Alexa voice features are probably the key thing setting the CoWatch apart from the competition. But the watch specs don’t look bad.

The CoWatch runs a custom operating system called Cronologics OS, but the developers say it’s can pair with a phone running Android 5 or later or iOS 9 or later for notifications, Bluetooth audio control, and other features.