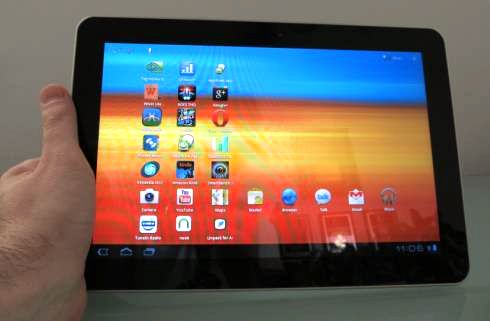 Earlier this month a German court ordered that Samsung should stop selling the Galaxy Tab 10.1 tablet while a lawsuit from Apple moves forward. Part of that preliminary injunction was later lifted to clarify that Samsung was only barred from selling the tablet in Germany, not in all of the European Union. But Samsung appealed the ruling… and lost.

Today a court has ruled that the preliminary injunction should stay in place. That means Samsung won’t be able to sell the tablet at least until the next court date on September 9th.

This doesn’t mean that Apple has proven its case that Samsung copied the design of the iPad 2, but it does mean that Samsung hasn’t convinced the court to overturn the preliminary injunction. In other words, we have no idea whether today’s ruling offers any sort of prediction about how the case will eventually turn out.

In related news, Apple won a EU-wide preliminary injunction yesterday that could ban Samsung from selling the Galaxy S, Galaxy S II, and Ace smartphones in most of Europe.

For its part, Samsung responds that that court only found that Samsung infringed on one of 10 intellectual property claims, and it’s taking steps to make sure it can continue selling the phones throughout Europe. Also, Samsung contends that the ruling only means its Netherlands division is barred from selling the phones throughout Europe — but the ruling may not prohibit the parent company from selling the phones. That would be similar to the German court ruling which determined that Samsung Germany cannot distribute Galaxy Tab tablets in Germany, but that the court has no jurisdiction over what tablets are distributed by other divisions of the Korean company.

One reply on “Court: Samsung Galaxy Tab 10.1 still can’t be sold in Germany (for now)”