The Samsung Galaxy Tab 10.1 is a thin and light tablet Google’s Android operating system. It looks an awful lot like the Apple iPad 2, although there are some fundamental differences between the way Android and iOS work. But it’s apparently enough like an iPad for a German court to issue a preliminary injunction that will prevent Samsung from selling the tablet in most European Union countries. 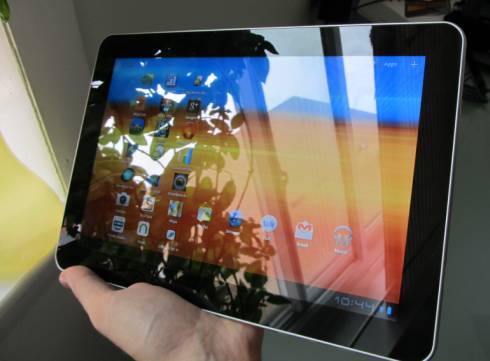 Apple had filed a lawsuit against Samsung, claiming that the company’s tablet design infringes on Apple’s intellectual property. The court order will at least temporarily prohibit Samsung from selling its tablet in all EU countries except for the Netherlands, although Florian Mueller reports that Apple has filed a separate suit in that country. He suggests that while today’s ruling will take effect immediately in Germany, it could take further action before the ban on Galaxy Tab 10.1 sales expands to other countries.

Just last week an Australian court had issued a similar injunction against Samsung.

These aren’t final rulings. But they do prevent Samsung from selling its tablet while the court cases proceed… and it could be a while before this sort of case works its way through the legal system. Samsung could also appeal, but today’s probably not a good day to be working on Samsung’s tablet division… or Google’s for that matter.

Update: As expected, Samsung plans to fight back.

Update 2: Unsurprisingly, Samsung isn’t the only company Apple is suing in Europe.

6 replies on “Court blocks Samsung Galaxy Tab 10.1 sales in most of European Union”