In January Asus promised to deliver a $249 tablet with a 7 inch display, an NVIDIA Tegra 3 quad-core processor, and Android 4.0 this year. So when rumors started making the rounds that Asus would build an inexpensive “Nexus Tablet” for Google, I figured it was more likely the two companies would just slap some Nexus branding on the Eee Pad MeMo 370T. 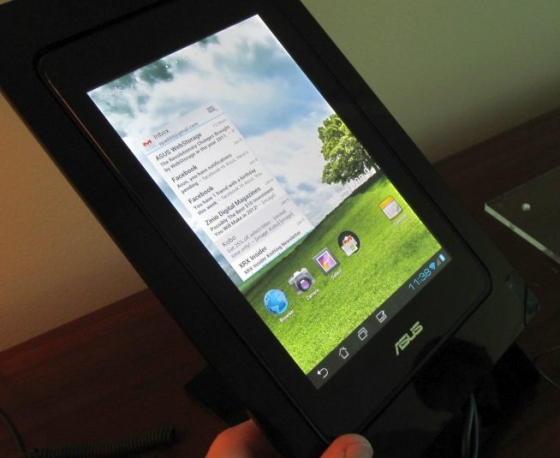 After all, the last two Nexus phones are the Samsung Nexus S and Samsung Galaxy Nexus. Notice the Samung branding? It’s front and center, which tells you that while Google may have played a role, Samsung designed the phones and is responsible for distributing them.

So I didn’t really find the idea of Asus calling its tablet a Nexus instead of a MeMo all that interesting.

But now Android And Me reports there could be more to the story.

According to the Android news blog’s sources, Asus may actually be scrapping the original MeMo design and building a cheaper model which could retail for between $149 and $199.

In order to meet the new price, it seems that Asus might not use a Tegra 3 quad-core chip. While there’s no word on what processor would be used instead, when I first saw the MeMo tablet at CES in January, Asus officials couldn’t say whether it would have a Tegra 3 chip or a Qualcomm Snapdragon dual-core processor (which is why I was a bit surprised a few hours later when an Asus executive announced the $249 price tag and Tegra 3 processor during an Intel press conference).

In other words… I have a feeling that the final specifications for the Eee Pad MeMo 370T weren’t exactly set in stone when the product was introduced in January so it’s certainly possible that Android and Me’s information could be correct and that Asus could be working to cut costs and offer an Android tablet that will sell for even less than an Amazon Kindle Fire or Barnes & Noble NOOK Tablet while offering a full Google experience.

Here’s a video of a MeMo prototype from January: