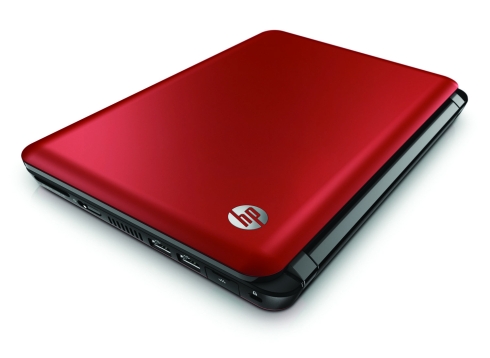 Netbooks have posed an interesting conundrum for PC makers since their inception a few years ago. These small, cheap, low power machines are relatively easy to produce and they’ve definitely filled a niche, with tens of millions of netbooks sold since they started hitting the streets in late 2007. And no PC maker has wanted to miss out on potential netbook sales, so every computer maker with the exception of Apple jumped onto the netbook bandwagon.

But netbooks aren’t just cheap to produce. They also sell for as little as $250 to $300 which doesn’t leave a lot of room for the kind of profit margins PC makers are used to getting from higher priced laptops. And so while big PC vendors like HP and Dell pumped out new low cost models in 2008, 2009, and 2010, I’m not all that surprised at a DigiTimes report suggesting that both Dell and HP are reducing their investments in 10 inch netbooks and that HP might even stop producing 10 inch netbooks and instead focus on 11.6 inch models with AMD processors.

To be clear, I’m counting this as little more than a rumor for now. But it’s tough to say that any company with the exception of Asus and maybe Acer jumped wholeheartedly into the netbook space because they expected it to earn big bucks. Instead, I feel like HP, Dell, Sony, and other PC makers got involved in the netbook space because they didn’t want to lose money to other vendors that were supplying machines that seemed to scratch a new itch.

As the market becomes more saturated with 10 inch netbooks, the cost of larger laptops continues to fall, and tablets like the Apple iPad compete for market share, I can certainly see why HP and Dell would at least be thinking about focusing their attention elsewhere. The netbook pie might not be as big in 2010/2011 as it was a year or two ago, and who wants to fight for a smaller piece of a smaller pie?

While I think there will still be demand for 10 inch, low cost, low power machines, it wouldn’t be the end of the world for low cost mobile computing enthusiasts if a few of the big PC makers do pull out of the netbook space. After all, the netbook revolution has already done something very important. It got people thinking about price, portability, and performance. The truth is we don’t need every new computer to have the most powerful processor around. If a cheaper processor offers decent performance at a lower cost and also happens to prolong battery life, that’s good enough for many people. And so we’re seeing a whole new crop of 11 to 12 inch light weight computers with AMD, Intel, and VIA low power chips and price tags between $400 and $700. That’s something we didn’t see in 2006. And if HP and Dell decide they’d rather focus on this class of computer and leave the netbooks to Acer, Asus, Samsung, and others, that’s fine with me.

Update: Dell spokesperson Anne Camden says the DigiTimes report “has no basis in fact,” and that the Dell Inspiron Mini 10 “remains an important member of our mobile platform portfolio.”

6 replies on “Could Dell and HP pull out of the netbook market?”