The Cosmo Communicator is a smartphone that looks like a tiny laptop thanks to a design that includes a backlit keyboard that’s just (barely) big enough for touch typing.

First unveiled in late 2018, the Cosmo Communicator began shipping to backers of a crowdfunding campaign late last year… but one promised feature was missing at the time: support for Linux.

At launch, the device was basically a fancy phone that ran Google Android. But now Cosmo Communicator maker Planet Computers has released a version of Debian Linux plus the tools to install it, making it possible to switch between Android and Debian depending on whether you want to use the device as an Android phone or a little Linux computer. 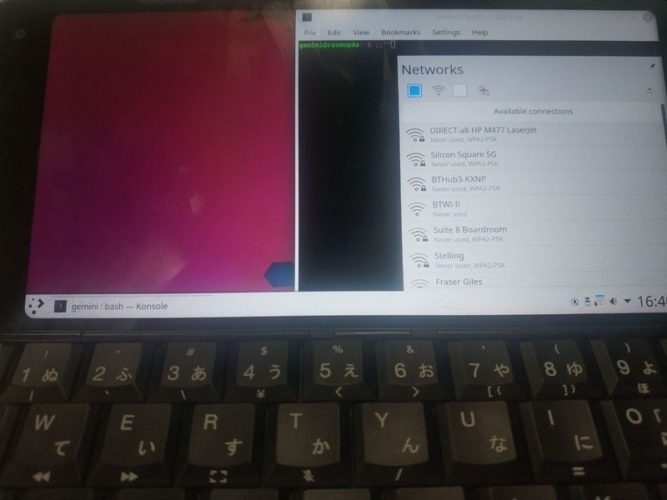 There are some other Linux phones starting to come to market including Purism’s Librem 5 and Pine64’s PinePhone, but those are touchscreen-only devices that work best with a mobile-friendly shell environment.

Since the Cosmo Communicator has a 6 inch touchscreen display positioned above a QWERTY keyboard, it can run a desktop environment like KDE Plasma with support for desktop versions Linux apps including VLC and Firefox. 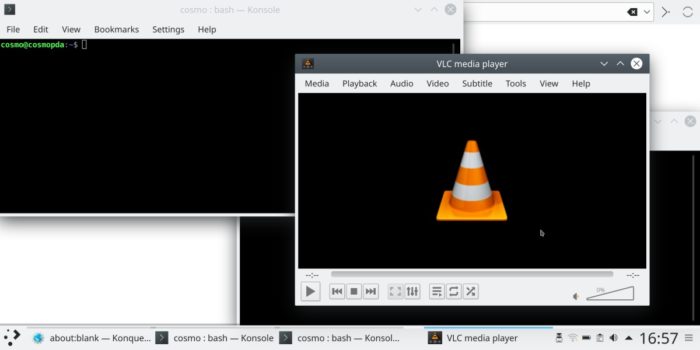 Installing Linux involves installing a new build of the TWRP custom recovery utility on the phone, and then using that to install a custom Debian image. The files are available to download for free from the Planet Computers website, but the company is also selling 16GB microSD cards with TWRP, a rooted Android kernel, and a Debian image for folks that would rather just by a card with everything pre-loaded. 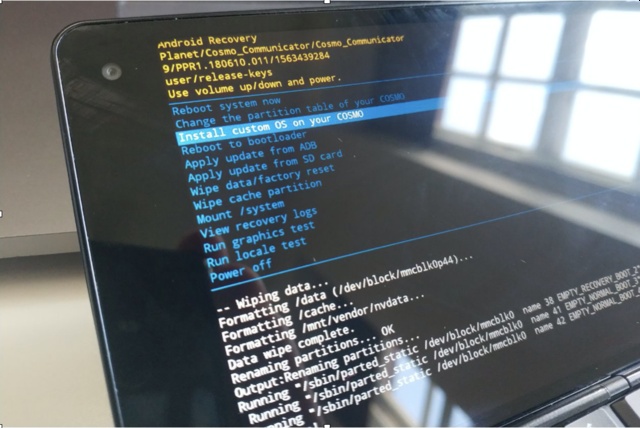 With a MediaTek Helio P70 processor, 6GB of RAM, 128GB of storage, a 2160 x 1080 pixel display, and a 4220 mAh battery, the Cosmo Communicator certainly isn’t the most powerful phone on the market. But it’s one of the only games in town if you want a phone with a keyboard designed for touch typing (rather than thumb typing as you can do with the F(x)tech Pro1.

And it’s an upgrade from the previous Planet Computers device — the Gemini PDA. While that older model has a similar keyboard (and better software support at this point), it has a smaller screen, and less impressive specs. 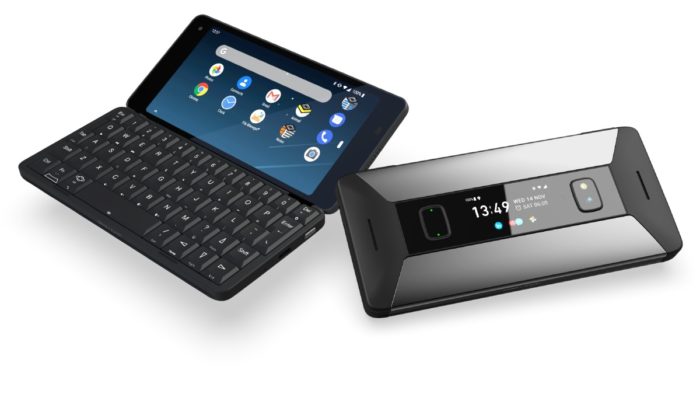 The newer model also has a 2 inch touchscreen display on the outside of the phone that allows you to make calls or view notifications without opening the device.

That said, before pulling out your wallet to buy a Cosmo Communicator for £666 (about $860 US), it’s worth reading through the comments on the Indiegogo page for the device — some folks who backed the campaign a year ago still haven’t received their phones yet and others have run into some hardware problems.