Microsoft’s Cortana digital assistant can search the web for you, help you set reminders or make appointments, save notes, and do many other things. You can use it by typing a request or by talking to you device. And while Cortana debuted as a Windows Phone feature, it’s baked into Windows 10, which means it’s coming to desktop, notebook, and tablet computers this summer.

While it’s simple to access Cortana in Windows 10 by clicking an on-screen button, Toshiba wants to make it even easier: the company will put a dedicated Cortana button on all of its PCs that ship with Windows 10. 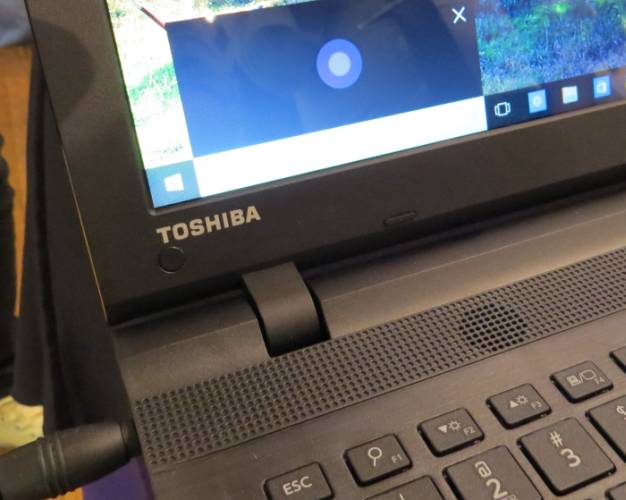 According to PC World, the Cortana key will be near the top left corner of Toshiba keyboards, near the Fn keys.

Update: Basically the F1 key is now a Cortana button rather than a question mar/help button.

It’ll be interesting to see if other PC makers follow suit… or if Cortana proves a popular enough feature with users to justify the dedicated button. Clearly, Microsoft is pushing Cortana pretty heavily as its alternative to Apple’s Siri and Google’s Voice Search. But will users want the same kind of voice search tools on a laptop that they use on a phone?