The makers of the UP Board and UP² single-board computers is back, and this time the company is offering a device with all the same functionality as the original UP Board… but in a smaller package and with a new modular feature.

The UP Core is a single-board computer with an Intel Atom x5-Z8350 quad-core processor, support for up to 4GB of RAM, up to 64GB of eMMC storage, and Windows 10, Android 6.0, or Linux-based software. 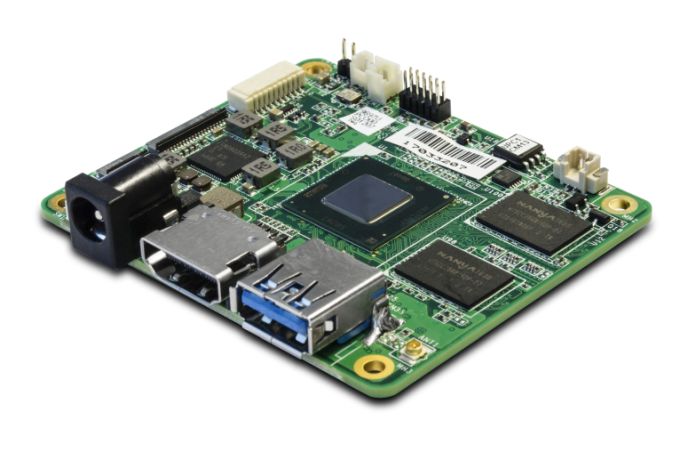 The new UP Core is expected to ship in August, with entry-level models going for about $77 through a crowdfunding campaign at Indiegogo.

That entry-level version only includes 1GB of RAM and 16GB of eMMC storage. But you can pay more for 2GB/32GB or 4GB/64GB models.

There’s are also headers for two more USB 2.0 connectors, cameras, or other accessories.

But the coolest thing may be the new 100-pin I/O docking connector which enables support for stackable expansion boards.

For example, there’s a board that adds PCIe, Gigabit LAN, and USB 3.0 connectors, and another that adds a serial connector and GPIO, among other things. This lets you configure the board for use in a variety of applications. UP is also encouraging developers to create their own carrier boards by offering to sell popular boards and make royalty payments to the designers.

Or you could just buy an UP Core and use it as a standalone system with or without a fanless case. 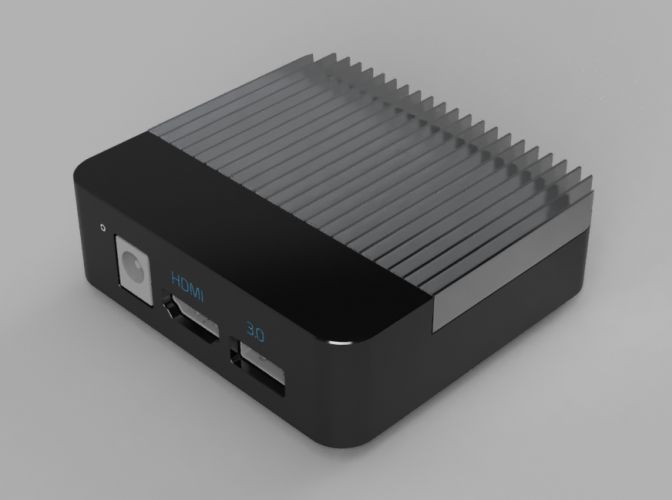 Like a lot of single board computers, the UP Board could be used as a dev board. It could power Internet of Things devices like smart speakers, home hubs, or robotics projects.

But it’s also got pretty much everything you would need to make a small, low-power, fanless media streaming box capable of running Windows, Android or Linux-based software such as Kodi, Plex, or MythTV. You could even use it as a desktop computer… although the Atom x5 chip used in the UP Core should be fine for basic web browsing, media playback, and similar activities, but will probably feel pretty sluggish if you’re a heavy multitasker of want to render video, play high-end games, or perform other CPU/GPU-intensive tasks.

If you’re looking for something a bit more powerful, the UP² that launched on Kickstarter last year is now shipping to backers, and mass production is expected to begin soon. That model is a bit larger, but it features up to an Intel Pentium N4200 Apollo Lake processor and a wider array of ports.