The Acer Chromebook R 13 is a convertible notebook with a 13.3 inch touchscreen display, 4GB of RAM, and up to 64GB of storage. It has a 360 degree hinge that lets you fold the screen back when you want to hold the Chromebook like a tablet. And the system is the first Chromebook powered by a MediaTek processor.

Announced in August, the Acer Chromebook R 13 should begin shipping next month. But it’s already available for pre-order from B&H (and maybe a few other retailers).

While the Chromebook R 13 has a list price of $400, most stores seem to be charging a little more than that at the moment. 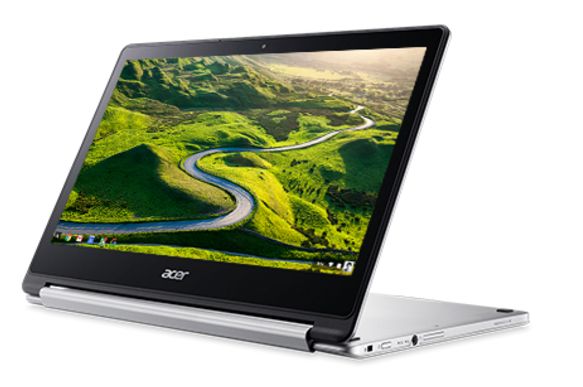 It has a 1920 x 1080 pixel IPS display with multitouch support, and while the laptop may not support Android apps at launch, it’s on the list of Chromebooks that will gain support for the Google Play Store and Android apps in the future.