AsteroidOS is an open source smartwatch operating system that was originally designed to function as a replacement for Android Wear on several existing watches.

But soon you may be able to buy a watch that comes with AsteroidOS pre-installed.

The developers of AsteroidOS have revealed that a new device called the Connect Watch is on the way, and it’ll run the open source OS… if the Connect Watch actually ships. First its makers will have to meet their crowdfunding goals. 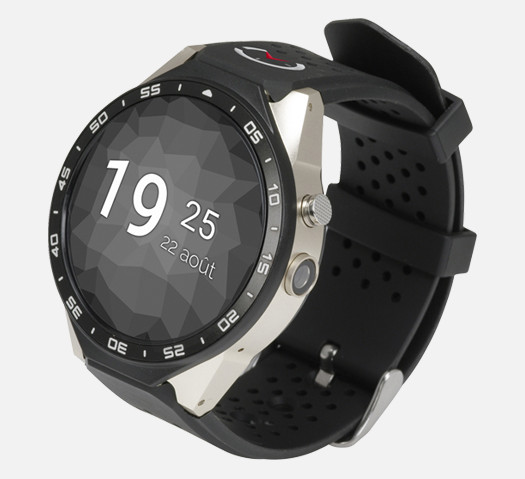 In terms of hardware, the Connect Watch looks a lot like a typical Android Wear device. It sports a 1.39 inch, 400 x 400 pixel round display, a quad-core MediaTek processor, and 512MB to 1GB of RAM and 4GB to 8GB of storage.

It supports Bluetooth, cellular, and GPS functionality. And it has one feature that you don’t find on a lot of current watches: a camera that can snap 2MP images or shoot 720p video. the watch is said to get up to 4 days of battery life.

While AsteroidOS doesn’t have the large ecosystem of third-party apps available for Google’s Android Wear, Samsung’s Tizen-based OS, or Apple’s watchOS, the operating system does offer basic features including activity tracking, phone calls, weather forecasts, alarms, a music player, a calculator, and calendar functions. I’m pretty sure you can use it to tell time too.

There’s no word on how much the makers of the Connect Watch plan to charge for the device, or how much they’re looking to raise through an upcoming crowdfunding campaign. But the project is noteworthy if for no other reason than it represents the first hardware designed for AsteroidOS, which could help make the operating system a viable alternative to mainstream smartwatch platforms.