Compulab’s Fitlet line of computers are small and fanless. And the latest model is also ruggedized, for use in conditions where it might be exposed to dust, chock, or vibrations.

The Fitlet-RM computer measures about 4.3″ x 3.2″ x 0.9″and features a low-power AMD A10 Micro-6700T quad-core processor with Radeon R6 graphics and a pretty good range of ports, including up to four Gigabit Ethernet jacks.

Compulab is selling barebones models for $311 and up. 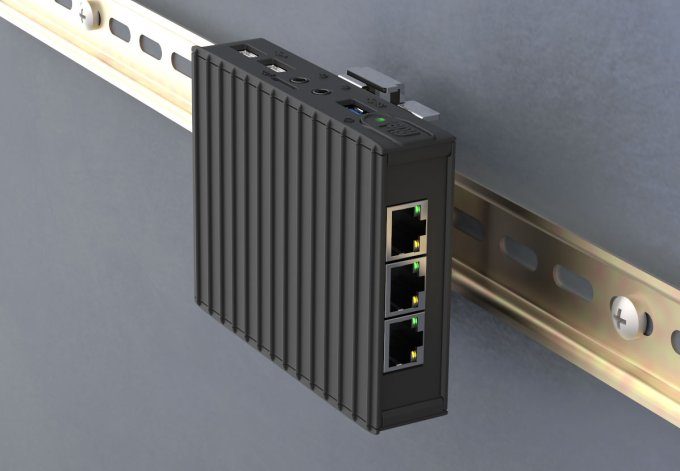 You’ll need to supply your own memory, storage, and operating system if you buy a barebones model. Compulab says the Fitlet-RM supports both Windows 7 or later and Linux Mint 17.2 Cinammon 64-bit.

Both versions feature all metal cases made of aluminum and zinc. The AMD processor has a 4.5 watt TDP, and Compulab says the computer consumes between 4.5 watts and 10.5 watts of power when in use.

Other features include a full-sized mSATA socket, a half/full-sized mini PCIe socket, microSDHC card jacks, and 3.5mm and S/PDIF audio jacks and support for 7.1 channel output.

Overall, the rugged Fitlet-RM might be overkill if you’re just looking for a small, quiet PC to stick next to your TV. But it could be useful in industrial or outdoors settings… or in households with lots of pets, I suppose. It’d be nice to not have to worry about cat hair getting caught in the computer’s fan.