Compulab has been selling compact, fanless computers with high-power processors for a few years, so maybe it shouldn’t be surprising just how much horsepower the company managed to pack into the Airtop3. But I’m a little surprised nonetheless.

Prices start at around $1000 for an entry-level barebones model with a Celeron processor and no GPU, but you’ll end up spending closer to 3-4 times as much if you want top-tier specs. 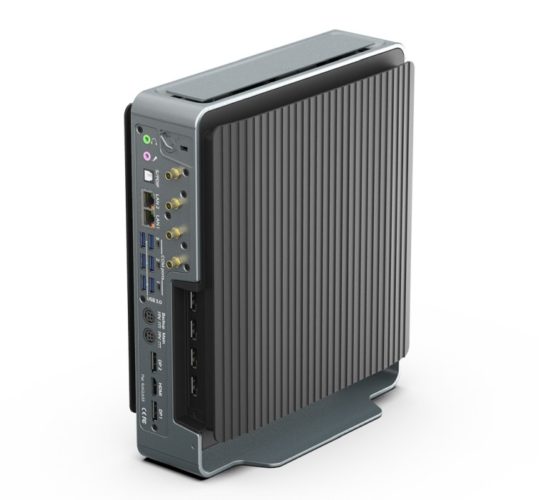 That entry-level configuration, by the way, would feature an Intel Celeron G4900 processor, no discrete graphics, no RAM, no storage, and no operating system.

The price climbs pretty steeply once you start adding features — which isn’t all that surprising since the Airtop3 is a built-to-order machine that’s assembled and tested only after you place an order (delivery can take up to six weeks).

You might be able to save a few bucks by purchasing memory and storage elsewhere, but there’s probably something to be said about letting the professionals put together your fanless PC to make sure everything is working properly.

Honestly, this isn’t the sort of computer that you’re likely to use as a home media center or gaming PC. It’s really aimed at professional applications such IoT edge servers, But it could be used as a compact, fanless home computer if you can afford it.

via FanlessTech and Phoronix