For the most part fanless means low power. But a few years ago the company shook things up with the launch of the Airtop, a high-power fanless PC that could dissipate up to 200 watts, allowing Compulab to stuff the guts of a workstation or gaming desktop into a small, fanless chassis.

Now Compulab is getting ready to launch a new model. It’s called the Airtop2 and it will be available with an upgraded CPU, GPU, memory, and storage. It’s still fanless and the company calls it a 0dB gaming PC. 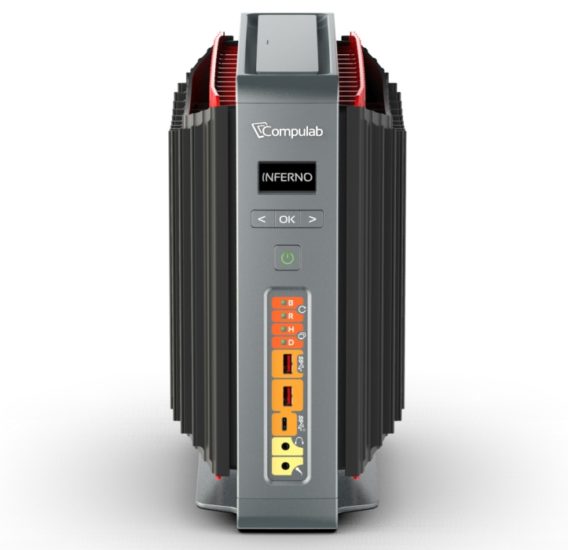 The Airtop2 will go up for pre-order through a Kickstarter crowdfunding campaign starting February 24th. And while Compulab hasn’t revealed the price yet, expect this to be a very expensive PC.

Prices for a first-gen Airtop start at $795 for a model that’s pretty much just a barebones case, power supply, and wireless module. Once you add a processor, graphics card, memory, storage, and OS prices range from around $1500 to $3900.

Other features include a ridiculous number of ports including dual Ethernet jacks, multiple DisplayPort and HDMI ports, mic and line out jacks, 2 USB 3.1 ports, and 7 USB 3.0 ports.

The new model looks a bit thicker than the original Airtop thanks to the larger cooling air-tubes on the sides of the PC, but they should provide the extra cooling power needed to keep those high-power Intel and NVIDIA parts from overheating.

Update: If you don’t want to go through the hassle of a crowdfunding campaign and you’re willing to settle for a system with just a Core i7-7700 processor, you can get the Airtop 2 for $1335 and up from Fit-IOT.com.

This non-Inferno model looks more like its predecessor, but it only supports up to an NVIDIA GeForce GTX 1060 or Quadro P4000 graphics card. 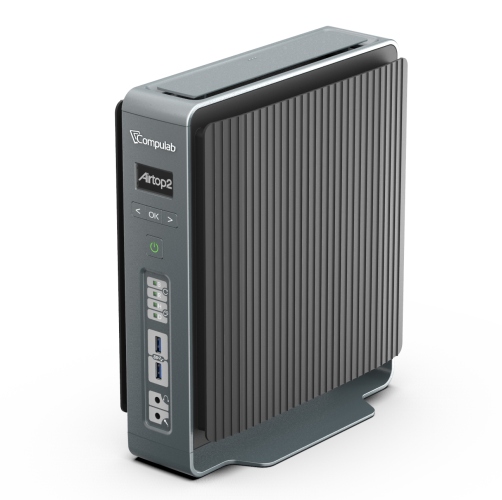 The starting price includes a processor, but you’ll have to pay extra for storage, RAM (up to 64GB), discrete graphics, or other options.

via Hexus and FanlessTech