Dual-screen laptops are all the rage these days, but while most companies have taken the boring approach of putting the second screen where the keyboard is, Compal’s FullVision laptop puts two screens in your line of sight while keeping the keyboard unaffected.

The design is much more like the experience of using two desktop monitors at once… but mobile.

So how does it work? The FullVision is actually two devices — a laptop with an unusual design and a standalone tablet that can also work as a second screen. 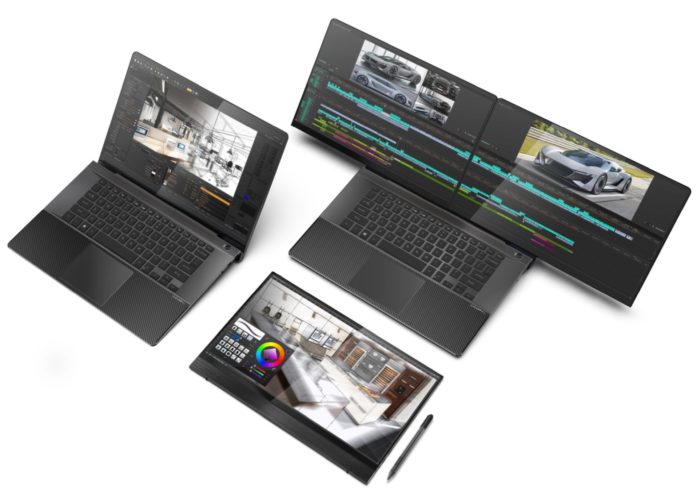 Compal is an ODM, or original device manufacturer. That means the company won’t be selling FullVision under its own name, and the laptop will probably only hit the streets if some other company contracts with Compal to build a device based on this design.

But according to an IF World Design Guide awards page, here’s how FullVision would work: lift the lid on the FullVision laptop and you’re got what looks like a traditional notebook computer with a 15.6 inch display. But push the screen to the left and there’s room to slide in the removable tablet and use both screens together.

The result is a notebook with a 29 inch, 32:9 aspect ratio display surface spanning two screens.

Alternately, you can use the second screen while it’s not docked to the keyboard base, allowing multiple users to collaborate on the same projects, for example. It’s also described as a “standalone” tablet which suggests that you could also be able to use the tablet without the laptop at all. 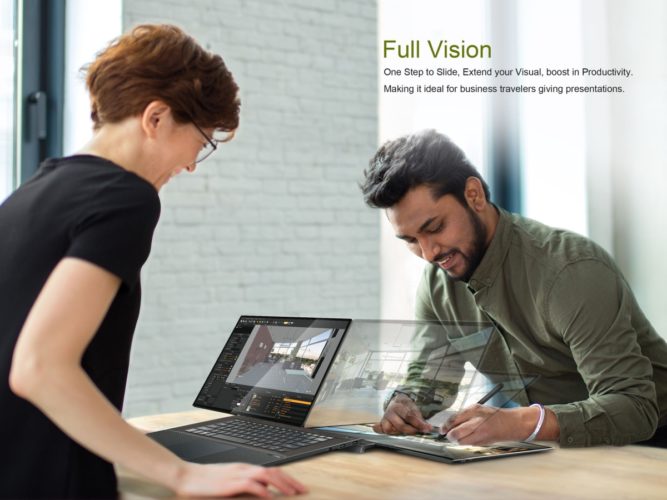