The latest preview version of Windows 10 includes a new feature that’s sort of like the picture-in-picture mode for TVs that lets you view one program in a small window while viewing something else in the rest of the screen.

It’s called Compact Overlay, and it’s basically a way to keep a one app running in a small window that floats on top of all other windows, so you can keep watching a video, keep an eye on a web conferencing call, or maybe keep a chat window open.

The only real limitation? App developers need to add support for Compact Overlay mode… and it’s only available for Universal Windows apps. 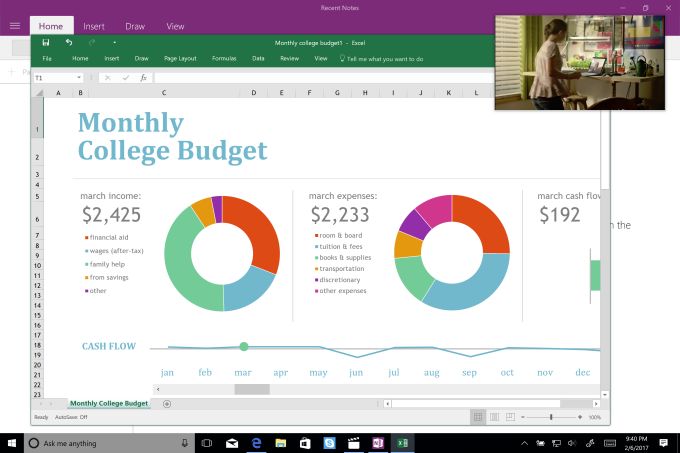 For apps that do support the feature, it’s more than just a preview window. Apps running in Compact Overlay mode work just like apps running in any other window, which means you can interact with the tiny window.

Microsoft plans to roll out updated versions of its Skype Preview and Movies & TV apps with support for the new mode soon.

Other new features in Windows 10 Insider Preview build 15031 include: