Microsoft is finally bringing tabs to the Windows File Explorer, allowing you to open multiple views in the same window, while flipping between directories or other items through a menu at the top of the screen.

It’s one of several new features coming to Windows 11 that the company highlighted during a Future of Hybrid Work event. 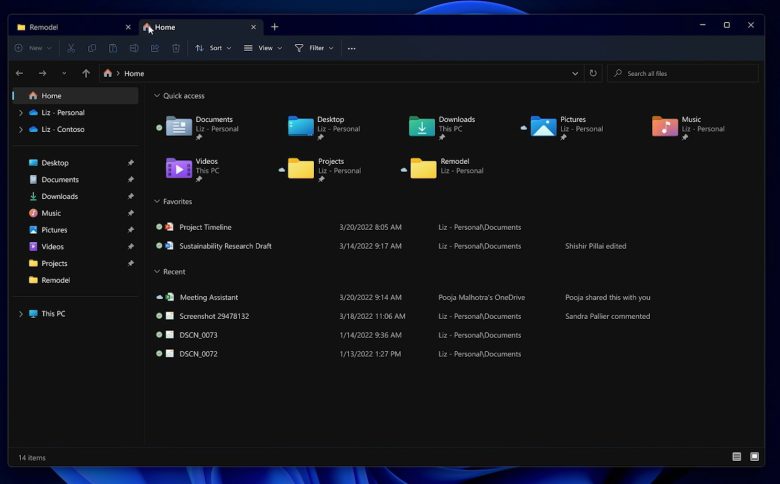 There’s also a new File Explorer home page that shows files that have been manually added to your “favorites,” as well as recent files, a quick access area at the top of the screen, and contextual files that Windows thinks you might want to access based on your work and/or files that have been accessed by folks who you’ve been collaborating with.

Other new features coming to Windows 11 in the coming months include the ability to create folders in the Start Menu by dragging one app on top of the other, and improved support for touchscreen and 2-in-1 devices.

For example, the Windows 11 taskbar grows larger when you transition from laptop to tablet mode, giving your fingers larger touch targets. But once you launch an app, the taskbar will collapse to give you more screen real estate. If you want to access the taskbar again, just drag up from the bottom of the screen. And you can access the Start Menu by dragging further to bring it up. 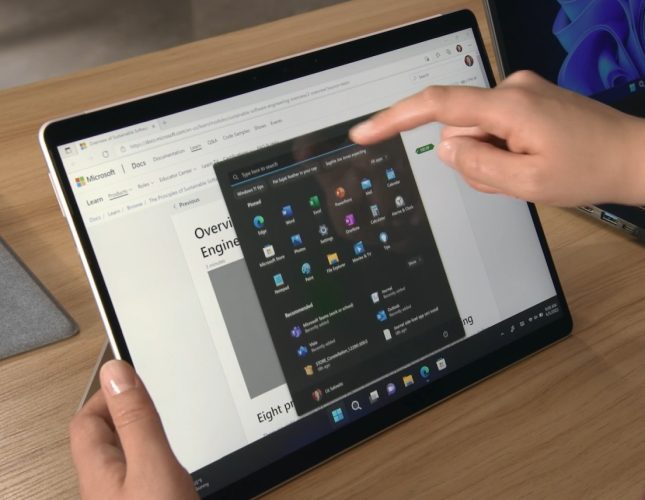 There’s also now touch support for Windows 11 Snap layouts, allowing you to drag an app to the top of the screen to open the Snap menu, where you can drag the app into a split-screen window so you can view two, three, or four apps at once. 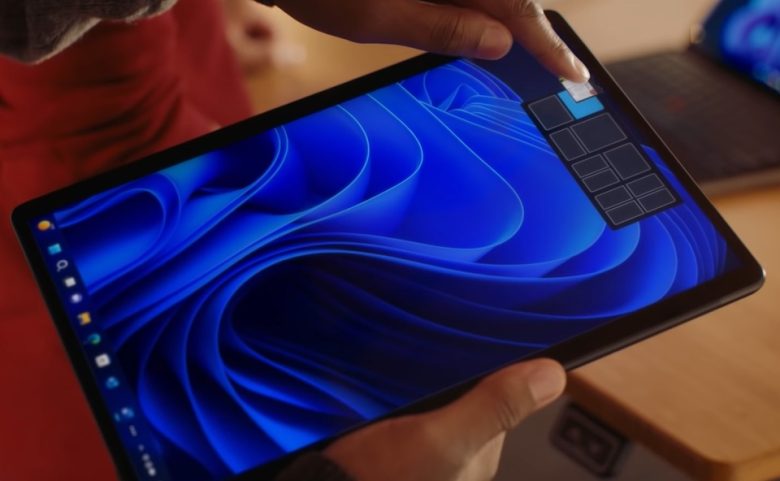 Microsoft also showed off support for system-wide Live Captions, which will be able to provide real-time text-to-speech transcription of spoke audio coming from any app running on your computer, updates to the Windows 11 Focus feature, which will allow you to limit notifications for a set period of time, and a number of enterprise-friendly features for messaging and voice and video chats including support for AI-enabled noise reduction, auto-framing, and eye contact effects (although you’ll need a Windows on ARM device with a Qualcomm Snapdragon processor for those features, since they tap the Neural Processing Unit in Qualcomm’s chips).

While it seems likely that some of the new features will only be available to business and enterprise users, many of the updates Microsoft is highlighting for the “Future of Hybrid Work,” like the tabbed File Explorer, should also be available for Windows 11 Home users in the future.