T-Mobile is unveiling its strategy for 2013, and the company’s got some big changes in store. First, the company will spend billions of dollars to roll out a new 4G LTE network for faster mobile broadband speeds.

Next, the company says the planned merger with Metro PCS is expected to gain regulatory approval in the first half of the year, which will also help expand the network and subscriber base.

One of the biggest changes for 2013 is the launch of a new (for T-Mobile) product: The Apple iPhone. 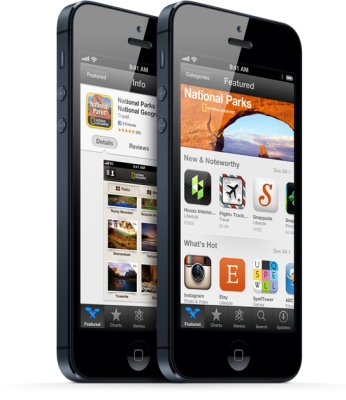 Up until now, T-Mobile’s smartphone lineup has been a sea of Android and Windows Phone devices. While users have been bringing unlocked iPhones to T-Mobile’s network for ages, starting next year you’ll actually be able to buy an iPhone directly from the carrier.

The official announcement actually talks about “Apple products” and not just the iPhone, so it looks like T-Mobile could start selling iPads in 2013 as well.

Finally, the company plans to move entirely to its “value plans,” which offer customers lower monthly fees when they pay for their phones, tablets, or other devices up front.

In other words, pay full price for your iPhone, and you’ll probably spend less money on it over the course of a 2-year contract than you would with AT&T or Verizon, because T-Mobile doesn’t have to subsidize the price of the phone up front.

That’s not to say there won’t be any subsidized plans. The Verge says T-Mobile may still offer some “equipment installment plans” that lower the initial cost of a phone for customers that don’t want have the $500 or more that it typically costs to pay full price for a state-of-the-art smartphone.

via The Verge, Engadget, Sascha Segan

3 replies on “Coming to T-Mobile: LTE, iPhone, nothing but “value plans””