Want to stream internet media to your TV using a Google Chromecast? Just plug the dongle into your TV, fire up the music or video app on your phone, and tap the Chromecast icon.

But what if there is no Chromecast icon? Some apps don’t support the Google Cast protocol, but there is a workaround: Google lets you stream a Chrome browser tab to a Chromecast, which lets you watch videos from unsupported sites like Amazon Video or Vimeo on a Chromecast.

Up until now, there’s been one major problem though: the tab casting video quality kind of stinks. But Google’s François Beaufort notes there’s an experimental new feature that fixes that. 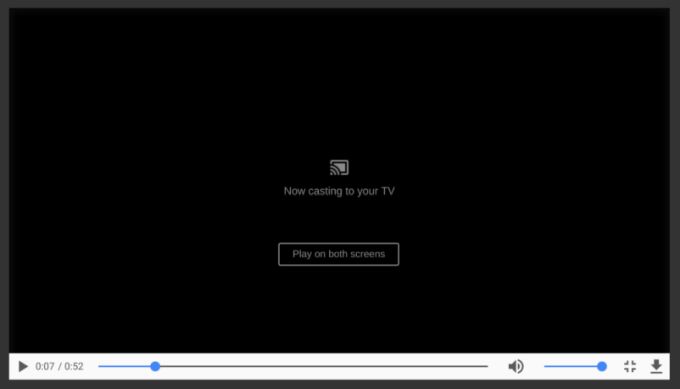 Here’s the deal: when you click the Cast tab in most compatible apps, you’re not beaming content from your phone to a Chromecast. You’re using your phone to send a message to the Chromecast telling it to get the video straight from the internet.

But when you use browser tab casting, you are casting directly from your computer to your Chromecast, which means videos are being streamed to your PC, transcoded, and sent over your home network to a Chromecast for display on your TV. It’s kind of a mess.

The new technique automatically detects when you set a video to full screen mode, and starts playing the bitstream straight from the internet source rather than from your PC.

The feature is experimental right now, but if you’re using the Dev Channel of the Chrome browser for desktop, you can give it a try by enabling the “media-remoting” flag in your browser settings by typing chrome://flags/#media-remoting into your location bar, enabling the flag, and then restarting your browser.