Google has just announced it’s holding a hardware launch event on October 15th, where the company will officially unveil the umm… pricing of its Pixel 4 smartphone, I guess. There’s not much else we don’t know.

But that’s just one of many recently announced tech product launch dates coming in the next 30 days or so… and we already know a fair idea of what to expect from most of them.

Here’s a brief run-down of some upcoming events, and what will likely be announced.

Huawei has made some pretty great phones in recent years, but the most interesting thing about this year’s flagship line may be the software — given the impact of the Huawei/China/US trade war, it’s unclear whether these phones will ship with support for the Google Play Store or other Google apps and services. They will most likely run Android though.

According to a series of leaks from Evan Blass, it looks like Huawei’s Mate 30 series will consist of four different models:

The Mate 30 and Mate 30 Pro are expected to feature Huawei’s new Kirin 990 processor and 5G support, with the Pro model featuring a multi-camera system that includes two 40MP image sensors.

The Mate 30 Lite, meanwhile, is a mid-range that appears to be a rebranded Huawei Nova 5i Pro.

But we could see some new first-party hardware at the company’s next event, including next-gen Echo products and maybe a new tablet or Kindle or two.

There’s not a lot of mystery here. The launch page clearly states that OnePlus will be launching the OnePlus 7T smartphone with a 90Hz display in North America on September 26th.

It gets a second, European launch on October 10th.

Rumor has it that this phone will be a lot like the OnePlus 7, but with a Qualcomm Snapdragon 855+ processor (up from a standard 855), and a slightly larger battery.

Microsoft hasn’t had much to say about what it’ll reveal at its upcoming hardware event, but a series of reports from WinFuture suggest that we may see a new Surface Laptop that hits two firsts for the lineup:

Take those details with a grain of salt for now… but WinFuture’s Roland Quandt does have a pretty good track record with leaks.

It’s also likely we could see new Surface tablets (including a new Pro model and maybe something with a Qualcomm Snapdragon processor), and possibly other devices and “experiences.”

Google responded to early leaks of the Pixel 4 by tweeting out its own images and some other details. But in the past few weeks, the leaks have gone from dripping faucet to torrential downpour, with full-fledged product reviews already making the rounds. 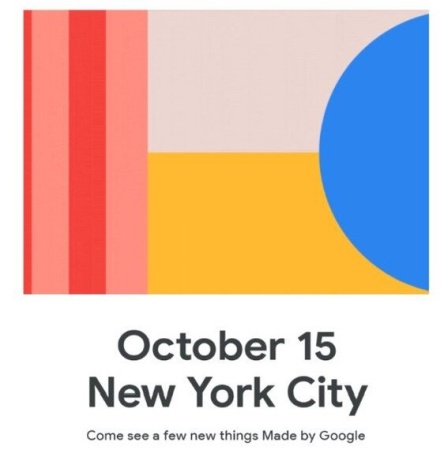 It’s also possible we could see other products including a new Chromebook with a 10th-gen Intel Core processor. A new Nest Mini smart speaker is also looking likely. But we’ve seen far fewer leaks related to those products than we have for the new Pixel 4 series smartphones.

One reply on “Coming in the next month: Amazon, Google, Microsoft, Huawei, and OnePlus hardware”