Like a Kindle, Nook, or other eBook readers with electronic ink displays, these new devices don’t require a backlight, are viewable in direct sunlight, and only consume power when the image on the screen is changed. But unlike a typical Kindle device, these new devices will be able to display up to 4,096 colors.

That could make them more attractive for things like digital magazines, comics, picture books, or textbooks.

But it’s probably best not to get too excited. 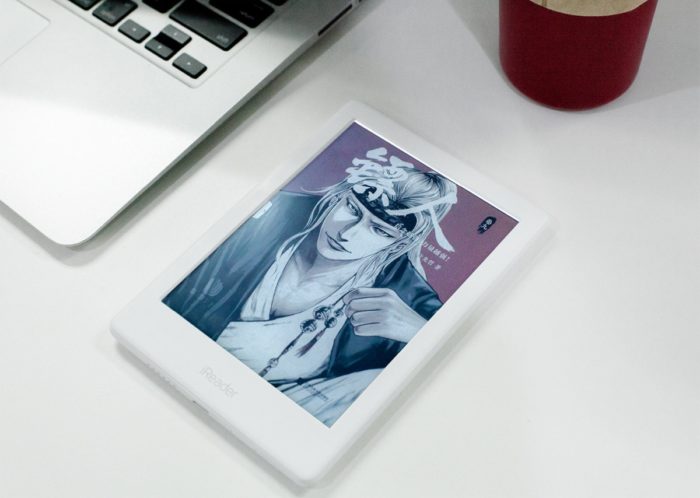 First, you won’t get as many colors from a Print-Color display as you would from a smartphone, tablet, or laptop screen. Second, the colors you do get will likely look duller/more muted. And third, you get the same kind of slow screen refresh rates with a color E ink display as you do from a grayscale version — videos, games, and other high-action applications are pretty much a non-starter.

According to reports from websites including ShenzhenWare , Woosmart, and CnTechPost, the device has a quad-core processor, 16GB of storage, and battery life comparable to what you’d get from a device with similar specs if it had a black and white E Ink display.

Meanwhile, CnTechPost reports another company named iFlytek is said to be preparing its own eBook reader with a Print-Color display, 24 built-in lights to help you read in dim or dark environments, and built-in speakers. 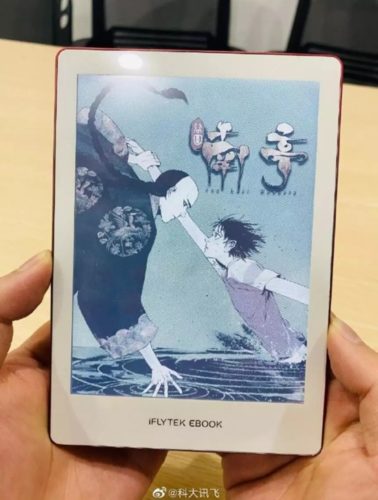 The iReader and iFlytek devices wouldn’t be the first to feature color electronic paper displays. Ectacto’s Jetbook used an earlier color ePaper technology when it launched in 2012. And in 2018, Onyx showed off a 10.7 inch color E Ink tablet designed for classroom use.

But color eReaders aren’t exactly common — and it’s not clear that they will be anytime soon. There’s no reason to think, for example, that Amazon has any interest in making a next-gen Kindle with a color display. The company acquired color ePaper company Liquavista nearly seven years ago… and never did much with it. The company’s answer to color eReaders for most of the past decade has instead been its Fire tablet lineup.