Crossover is a tool that allows you to run some Windows software on Mac or Linux machines. It’s developed by a company called Codeweavers, and it’s basically a commercial version of the open source WINE software, and last year Codewavers announced it was working to bring the software to Android.

That means you could eventually run some Windows games and applications on an Android machine.

Now Codeweavers president James Ramey has posted a short video showing the Steam game client working on a computer running a version of Google Android. There are a few caveats though. 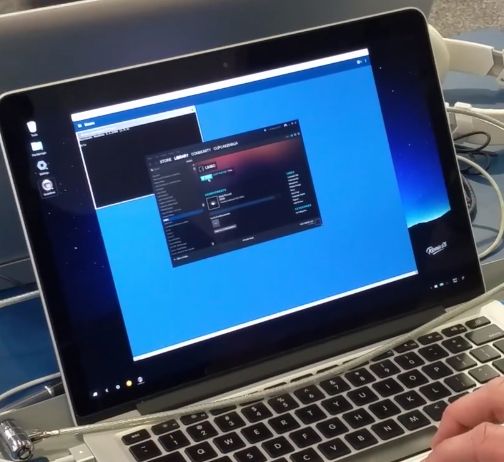 First, Crossover is only expected to work on machines with x86 processors, so this doesn’t mean you’ll be able to play Starcraft on you Nexus anytime soon. Second, the video only shows the Steam client loading… not any actual games.

For this demo, Ramey says Codeweavers worked with Jide, developers of Remix OS, a custom version of Android designed to look and feel like a desktop operating system. Remix OS for PC is based on Android-x86 project code, and as Lee Mathews points out, that means any computer that can run Remix OS for PC can also run Windows, Ubuntu, or other operating systems… so if you really wanted to run Steam on those computers, you could probably just run a different OS.

Still, it looks like we’re getting a little closer to being able to play PC games on at least some devices running Android… if that’s something you think you’d want to do.