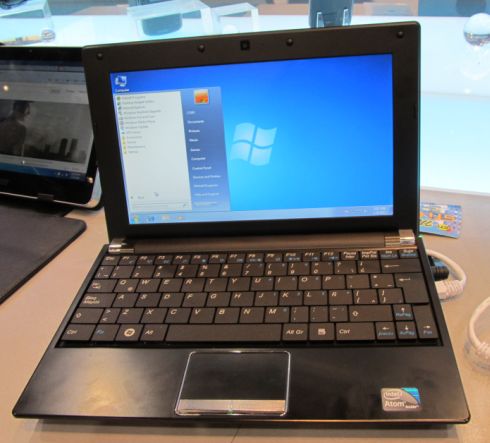 While Coby’s booth at CES was choc full of tablets this year, netbooks were harder to find. For the past two years, Coby has shown up to CES with roughly a gazillion mini-laptops, but this year I spotted just one: The Coby NBPC1029. And I have to say, it’s the most attractive netbook I’ve seen from this budget electronics company.

But it also has a pretty attractive design with a slightly angular case, nice wide keys on the keyboard, and an attractive chrome edge and buttons by the touchpad (although the “buttons” are actually just one button with a rocker in between and they’re not as easy to press as I would like).

There’s no word on pricing, but Coby does have a product page for the NBPC1029 on its web site.