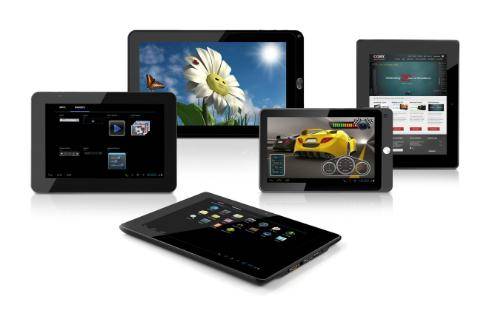 Budget electronics maker Coby has announced plans to bring five new tablets to market in the first quarter of 2012. They’ll have screens ranging in size from 7 inches to 10 inches, but all five models will feature:

The tablets will offer up to 1GB of RAM and feature up to 32GB of storage.

Here’s a run-down of the new tablets:

Coby says the tablet will have access to thousands of apps — but doesn’t make it clear whether the tablets will ship with the Google Android Market. All of the company’s tablets to date have shipped with third party app stores, but that’s because they were designed for older versions of Android which weren’t designed for tablets.

Google Android 4.0 is designed for phones and tablets, which means that Google may allow Coby and other budget device makers to include the Android Market and other Google apps such as the official Gmail and Google Maps apps.