Budget tablet maker Coby has quietly started rolling out Android 4.1 software updates for some of its tablets including the Coby Kyros MID 7022 and Coby Kyros MID 8127. 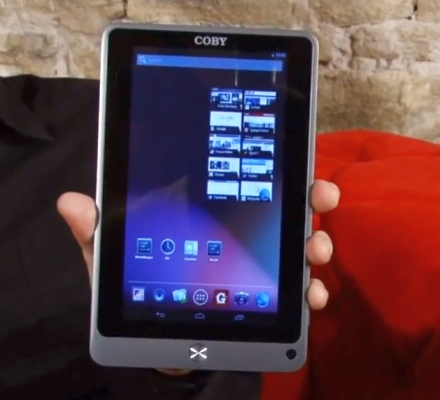 As far as I can tell, that makes Coby the first Android device maker other than Google to push Android 4.1 Jelly Bean to users.

Up until now, the only official Android 4.1 software updates I’d seen had been for the Google Nexus 7 and Motorola XOOM tablets and the Samsung Galaxy Nexus and Nexus S smartphones — all devices which receive their updates directly from Google.

. They’re not the fastest tablets around, or the highest quality. Most feature single core ARM Cortex-A8 processors and low resolution displays. But they’re among the cheapest Android tablets on the market, and they show that Android 4.1 doesn’t require top-notch hardware.

via Netbook News and Hotodi