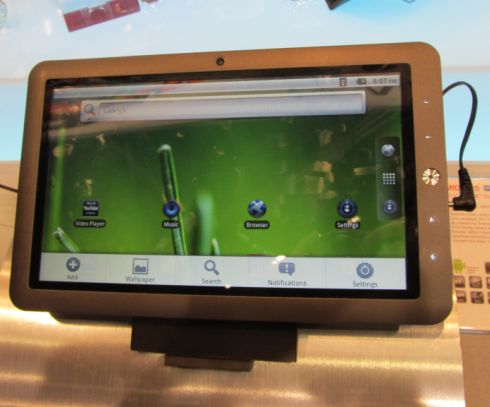 Coby is showing off a handful of new tablets at CES this week, and while normally I’d caution that Coby has a tendency to show off computers at CES that may or may not ever make it to market, the company already offers two Android tablets in the US under its Kyros tablet brand. So there’s at least a chance that some of these little guys might hit store shelves eventually. 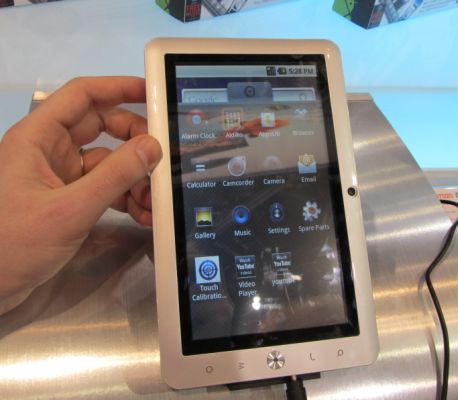 The MID7020 has an 800MHz ARM11 processor and felt a little sluggish to me. It runs Google Android 2.1 and has an 800 x 480 pixel resistive touchscreen display as well as a font-facing camera. It has 4GB of storage.

Like all of the company’s new Android tablets, the MID7020 has HDMI output and can handle 1080p HD video playback.

While some of the other models I looked at had problems with screen rotation, the MID7020 automatically rotated the display when I tilted the device.

One nice touch on this model was the capacitive touch buttons below the screen which glow when you touch them. While other devices I’ve used, such as the Google Nexus One smartphone actually light up all of the buttons when you touch one, this tablet only lights the button you touched. 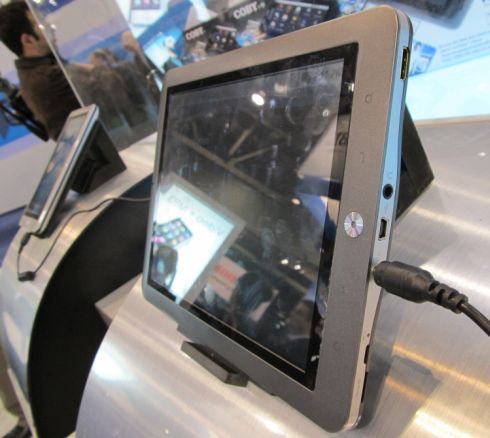 The MID8020 has an 8 inch, 800 x 600 pixel resistive touchscreen display and an 800MHz ARM display. This model seems to be designed for landscape mode, and I wasn’t able to rotate the screen to portrait orientation — although it’s possible that could be fixed by the time this model is released. 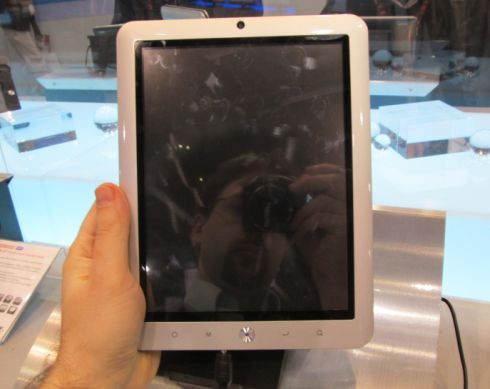 The 10 inch Kyros MID1025 has a 1024 x 600 pixel display, and it’s the only capacitive touchscreen display available on a Coby tablet right now. This model also has the same faster 1GHz ARM Cortex A8 processor found in the MID8025.

Coby’s spec sheet says that this model will run Google Android 2.3, but the demo units on display at CES are running Android 2.2. 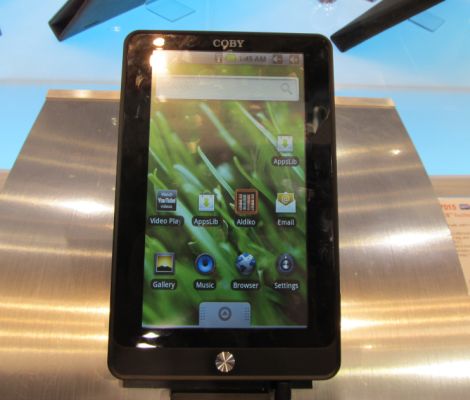 Coby is also showing the MID7015, which is already available in the US, and I have to say, I find the single button in the center confusing. It appears to work as a home and back button, and may have some other function depending on how you use it. I didn’t spend a lot of time trying to acquaint myself with its quirks though. 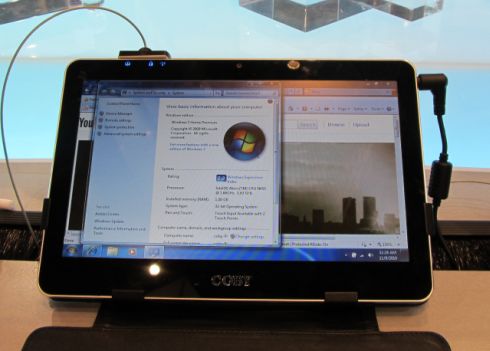 Finally, I spotted tablet running Windows 7 Home Premium with an Intel Atom processor. I’d be surprised if Coby actually brings this model to market, but it appeared to have decent build quality and a kind of boxy case.