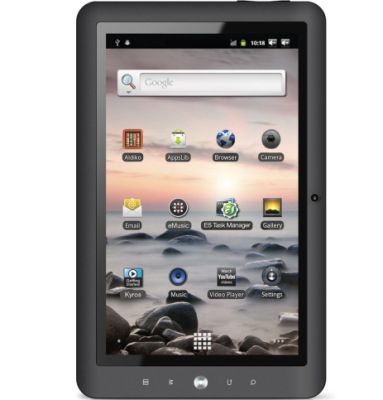 That means you don’t get graphics optimized for tablet displays or the ability to run Honeycomb apps which are designed for high resolution screens. But at least Gingerbread includes a new keyboard, better text selection, improved power management, and a few other improvements.

There’s no information about Coby’s new MID7125, MID8125, or MID1125 tablets on the Coby website, but Netbook News noticed they’re up for pre-order from Amazon for $200

The tablets feature 7, 8 and 10 inch displays and 1 GHz processors. There aren’t many additional details yet, but Coby’s previous 7 inch tablets have had 800 x 480 pixel resistive touchscreen displays, while the 8 inch models have 800 x 600 pixel resistive touch displays. Based on the pricing it’s likely that the new tablets will follow suit.

The top of the line MID1125 will likely have a 1024 x 600 pixel capacitive touchscreen display. A few months ago this tablet would have probably looked pretty good for $300, but it’s not unusual to find Honeycomb tablets on sale for similar prices these days.

Coby’s MID1125 tablet measures 10.6″ x 4.5″ x 0.6″ and weighs 1.5 pounds. It supports 802.11b/g WiFi and ships with the AppsLib marketplace for Android apps instead of the Android Market — although there are other options available if you want to install a different app store.

One reply on “Coby preps a new crop of budget Android 2.3 tablets”