Budget consumer electronics company Coby has been making everything from MP3 players to tablets to TVs for over 20 years. But apparently the company fell on hard times this summer, and the Gordon Brothers Group acquired all of Coby’s assets including its inventory, name, and intellectual property in August.

Gordon Brothers did not, however, assume any of Coby’s debt or existing obligations — such as warranties for products that had already been sold. As The Consumerist notes, that’s led to a lot of cases of people sending messages into a black hole when they try to get support or replacements for broken products. 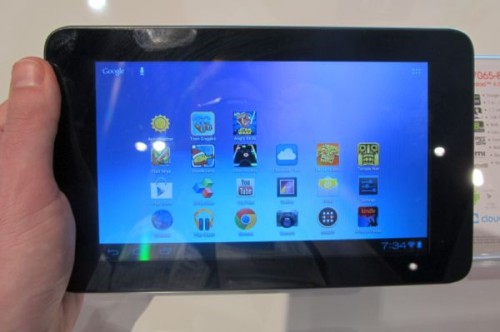 Coby’s products have never been known for their quality. But they’re typically cheap, and often good enough for folks who value price over performance.

I reviewed a few Coby tablets over the past few years, and while they weren’t exactly high quality devices, Coby did have a habit of offering better specs at similar prices with each new model.

Unfortunately if you bought a Coby product earlier this year and it doesn’t work… you’re pretty much out of luck at this point.

Gordon Brothers has made a habit of snapping up companies like Coby after they’d fallen on hard times. The group also acquired Polaroid, The Sharper Image, and The Bombay Company… none of which are known for producing high quality goods these days.

4 replies on “Coby is under new management, existing warranties are in the trash bin”