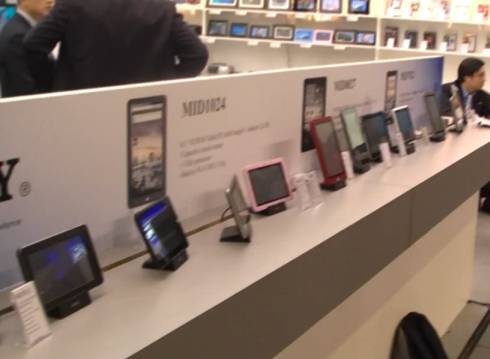 Budget consumer electronics company Coby has been releasing inexpensive Android tablets since last year, but now it looks like the company could be ramping things up with the introduction of a number of new models. Recently we spotted 3 new Coby tablets in the US with 7, 8, and 10 inch displays. But that’s just a drop in the bucket, because Coby is showing of 5 more models at the IFA show in Germany this week.

These are not top tier tablets. None of them include Google Android Honeycomb software, and they all have older 1 GHz ARM Cortex-A8 processors. But with starting prices of around 139 Euros (less than $200 US), some folks might not care.

These tablets look like modest upgrades over the Coby Kyros tablets available today in the US. None of the tablets come with access to the Google Android Market or Google apps such as Gmail, Google Calendar, or Google Maps.