Microsoft Game Pass Ultimate subscribers will be able to stream games from the cloud to an Android phone starting September 15th. But iPhones? Not so much.

In a statement provided to Business Insider, an Apple spokesperson says that’s because the iPhone maker has a policy of reviewing all apps and games before they’re made available in the App Store. Since game streaming services allow you to play games that haven’t gone through that review process, they’re not allowed.

Update 9/11/2020: Apple has updated its App Store review guidelines, opening the possibility that game streaming services will be permitted. It’s unclear if anyone will bite though, as there are a lot of hoops to jump through. 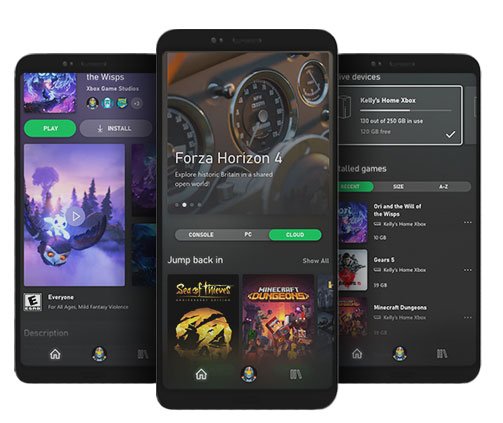 Of course, you could use the same logic to say that web browsers shouldn’t be allowed, because they let you visit websites that Apple has not reviewed. Video players might allow you to watch unapproved videos. Music players might support playing all sorts of audio that has not been reviewed by Apple.

Apple says the difference is that games are interactive. But that argument falls apart pretty quickly too. Who knows what kind of unapproved conversations you might have with a chat app or when placing a phone call, for example?

Apple does offer a potential lifeline for game streaming services — if Microsoft submits every game available for streaming for individual review, Apple will consider them. Alternately, Microsoft could make a web app and allow users to access the game streaming platform that way.

For what it’s worth, this isn’t a new issue. 9to5Mac noted in March that cloud game streaming services like Stadia and xCloud violated Apple’s App Store policy guidelines. But as Microsoft prepares to launch game streaming for Android, the company also ended its limited testing of Project xCloud game streaming for iOS this week, and a Microsoft spokesperson tells The Verge that the company does “not have a path to bring our vision of cloud gaming with Xbox Pass Ultimate to gamers on iOS via the Apple App Store.” The statement goes on to suggest that Microsoft isn’t particularly happy about that.

Meanwhile, Facebook went ahead and released its own gaming app for iOS this week… despite running into the same restrictions on game streaming that Google, Microsoft and NVIDIA face. So the company released a Facebook Gaming iPhone app that lets you watch game streams… but doesn’t let you stream games yourself. If you want to play games in the app, you’ll need to use Facebook Gaming with an Android device. 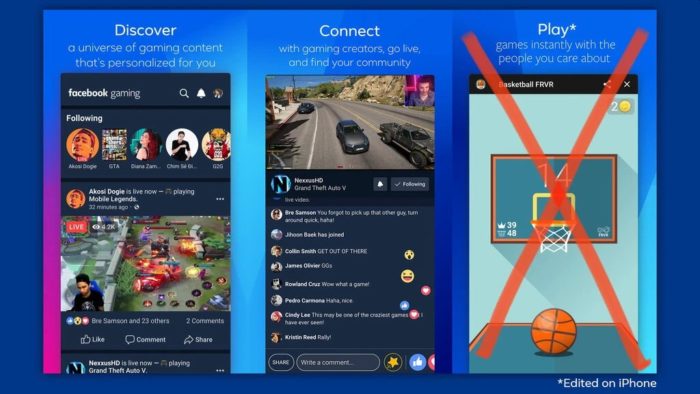 Of course, this might not all be just about Apple’s inability to review the content of individual games and make sure that they receive individual App Store ratings. Game streaming platforms also let you pay a subscription or pay per game… but you’re not paying Apple. And that means that the company can’t take a cut of earnings the way it does with other apps and games distributed through the App Store.