Chinese electronics company Xiaomi has global ambitions for its line of products which include everything from smartphones and smart TVs to rice cookers, air purifiers, and motorized self-balancing scooter vehicle things.

Right now the company only sells a few products in the US, including headphones, batteries, and an Android TV box. But Xiaomi had a presence at the international Consumer Electronics Show for the first time this year, where the company introduced some new devices (for China) and showed off its entire range of products.

Some of the devices I was most impressed by were the company’s laptops, which launched in China last summer. It’s not clear if Xiaomi has any plans to bring them to the US market, but it’d be easier to sell notebooks than phones in the US, where device makers don’t need to work out relationships with US wireless providers. 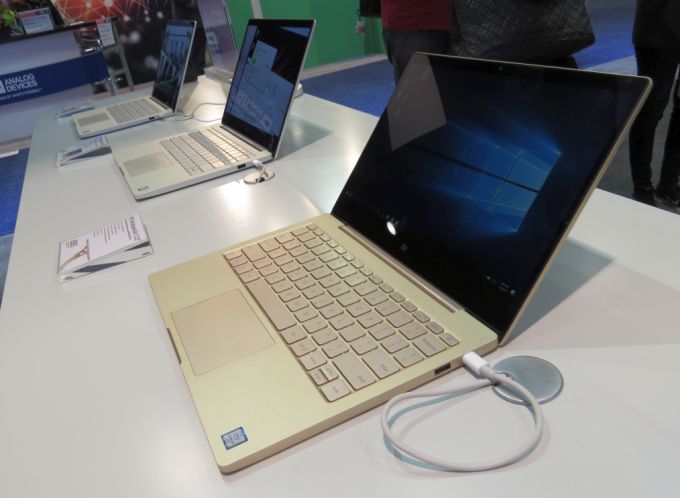 Both laptops have nice build quality, sturdy keyboards 1.3mm travel and thin and light designs. Speaking of design, one thing that sets these laptops apart from most other notebooks? There’s no logo on the lid. You’ll only find a Mi logo on the front, below the screen.

Xiaomi also notes that both models have room for a second SSD. Just remove the screws on the bottom of the case, open up the laptop, and you can pop in additional storage.


Unlike most of the company’s phones, you shouldn’t have any problem using one of these notebooks in the US. But if there’s one down side to these laptops, it’s that they aren’t officially available in the North America yet, which means you’ll need to pay a bit extra to a company like Geekbuying or Gearbest if you want to import one.

That means you’ll probably end up spending closer to $600 to get the cheaper model or $800 for the premium version. But if Xiaomi’s presence at CES this year is any indication, it’s possible that the company could bring these laptops, or similar ones, to the US and other markets in the future.