Intel’s NUC line of tiny computers are getting tinier… well, at least some of them are.

The chip maker is showing off its latest NUC desktops at the Consumer Electronics Show this week, and there’s a super-slim model designed for use with an M.2 solid state drive, as well as a thicker version which also has room for a 2.5 inch hard drive. 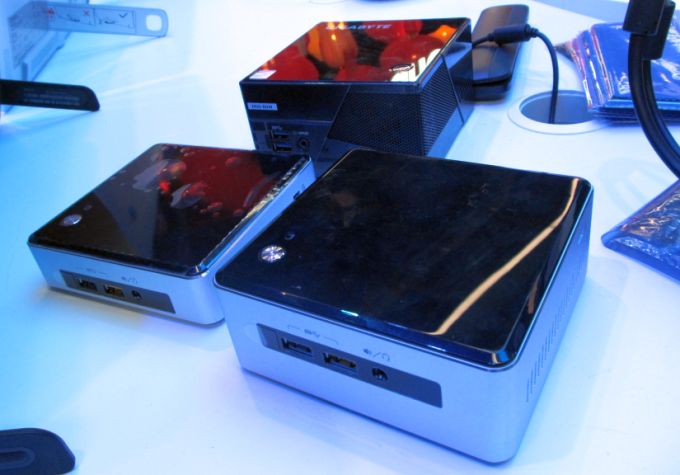 Even the the thinner models have room for a bunch of ports, including 4 USB ports, Ethernet, and HDMI and Mini DisplayPort (for powering two displays simultaneously) and headset jacks.

At launch these little desktops won’t be fanless: there’s plenty of ventilation in case. But these devices are designed to house Intel’s Broadwell U processors (the relatively low-power 5th-gen Core chips that are also used in laptops). Eventually Intel plans to offer versions with lower-power Cherry Trail chips, and I wouldn’t be surprised if we see a fanless model at that point.

Intel is also showing off a new small form-factor motherboard prototype that it’s working on, which has a socket that would allow users to replace the CPU. This motherboard is a bit bigger than a typical NUC and Intel doesn’t plan to sell the board or build a computer around it: but the company could work with partners to make the technology available in third-party devices. 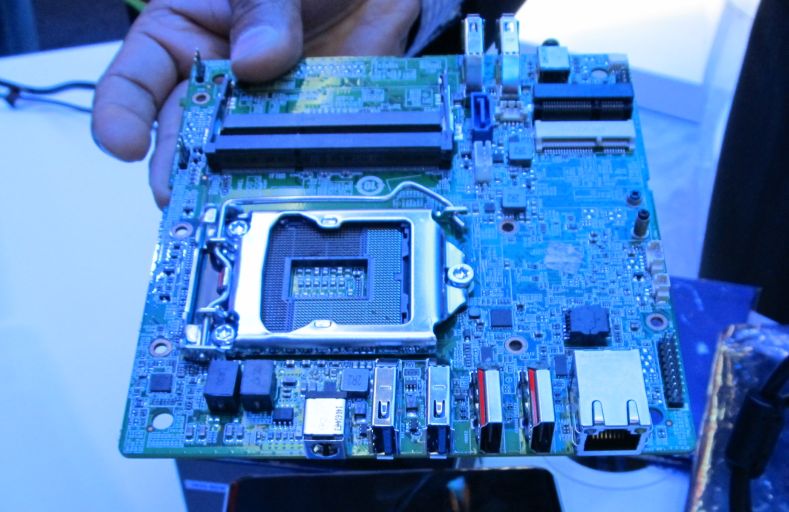 That means in the future you might be able to buy an NUC-like mini-desktop and upgrade the processor in a few years when you want a faster or more efficient chip but don’t want to buy a whole new computer.