The first smart TV sets powered by Amazon Fire TV software are coming this year. Today Amazon announced that we’d see 4K televisions from Seiki, Westinghouse, and Element Electronics later this year. They all feature the same software that runs on an Amazon Fire TV… plus a few extra features including support for watching live TV from the same user interface.

Element is showing off a 50 inch Fire TV-powered television at the Consumer Electronics Show in Las Vegas, and a representative demonstrated how you could launch live TV channels using your voice thanks to Amazon’s Alexa voice service and a remote control with a built-in microphone. 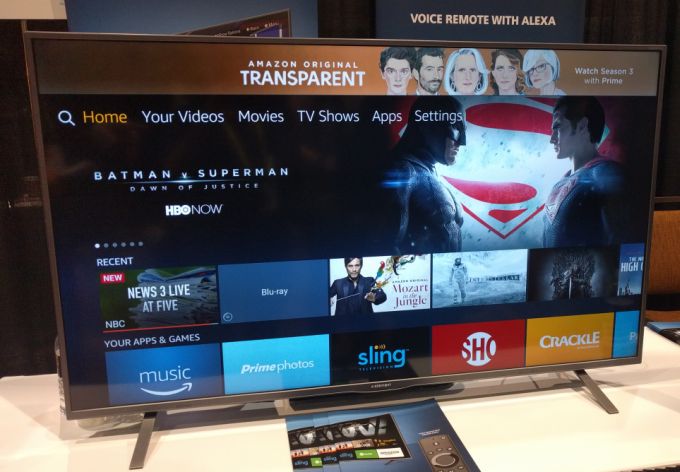 The demo unit I saw is an early model with a prototype remote control, and it was being shown off in a crowded space filled with lots of other wireless devices, so it took a while to perform some actions. But overall, the TV seems to blend the Amazon Fire TV internet video/app/game experience pretty seamlessly with live TV. And if you don’t want to watch internet video or over-the-air TV, you can also switch inputs using the buttons on the remote or a voice control to switch to a Blu-ray player or cable box, for example.