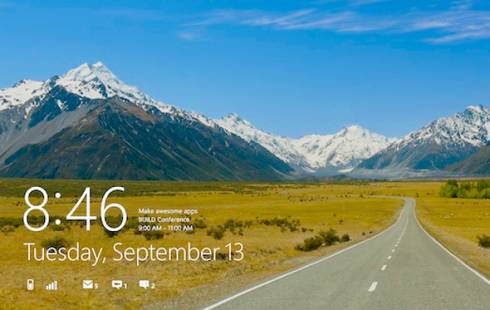 Microsoft is expected to show off Windows 8 at the Build developer conference today, and there’s a chance we might see one of the first Windows 8 tablet computers as well. But before the event has even begun, a few new pictures of Microsoft’s next-generation Windows operating system are making the rounds.

The folks at Tom’s Hardware spotted a new Start Menu which is even more stripped down than the Windows 7 menu. There are menu options for search, share, devices, and settings, and that’s about it. The menu may be customizable though. 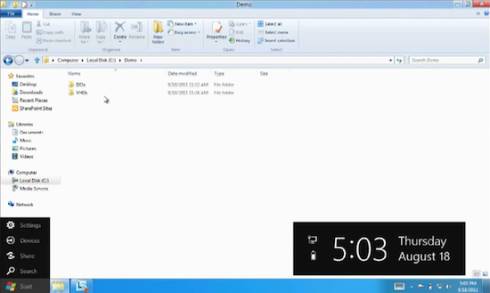 Meanwhile reddit member lboncenne found some new details about security features in Windows 8, as well as some previously unseen screenshots at a Spanish website. The article has since been removed, but the photos are still available.

The pictures show a new, simple looking lock screen that gives you the date and time, calendar appoinments, and information about incoming messages, WiFi and battery status at a glance. It’s likely that this start screen is designed specifically for tablets and other devices with a touchscreen interface. You might never see it if you’re using a typical desktop or laptop computer.

The same goes for the start screen, which we’ve seen before. It features a series of tiles which give you icons for launching applications and snippets of information from RSS feeds, your email inbox, weather forecast, or other items. 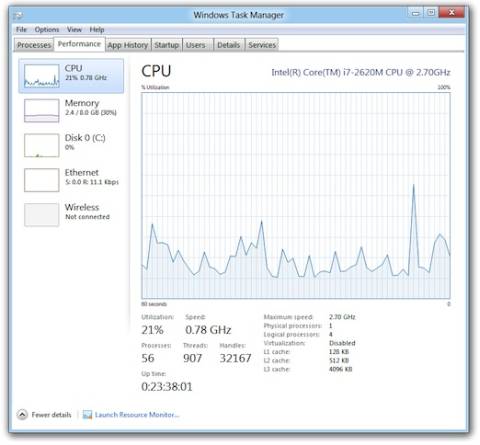 Microsoft has also apparently given the Windows task manager an overhaul. Gone are the black and green graphs showing CPU and memory usage, and they’re replaced with a nice big blue and white graph. The Applications tab also seems to be gone, with Processes and Performance tabs showing up first in the list. There’s also a new tab called App History and another called Startup.

lboncenne also reports that there will be a new System Refresh tool that lets you reinstall the operating system while preserving files and settings on your computer, and a new Secure Boot feature to help protect your machine from malware.

It’s likely we’ll learn a lot more about Windows 8 when Microsoft shows off the operating system to developers later today.