Lenovo’s ThinkPad Stack line of accessories are a series of modules that you can stack on top of one another, allowing you to connect everything to a PC with a single cable. Last year the company launched the first few modules including a speaker and power bank. This year Lenovo is expanding the lineup with a Mobile Projector and wireless charging module. 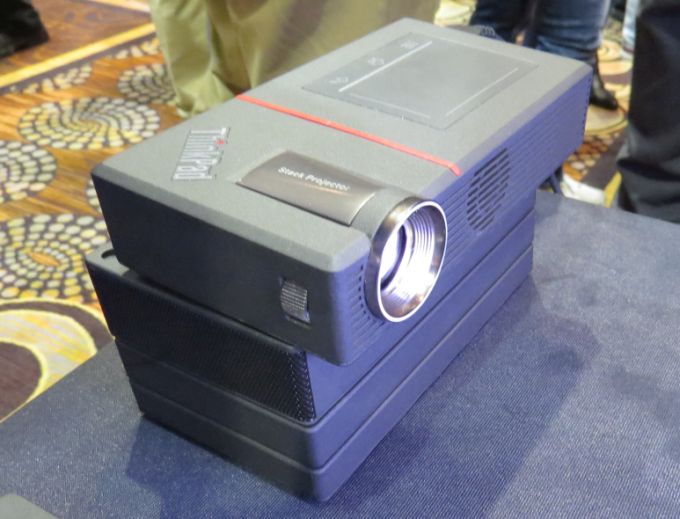 The Mobile Projector supports Miracast and Airplay wireless connections, but it also has USB and HDMI inputs, a built-in speaker, and a touchpad on top that you can use to move an on-screen cursor.

It’s a 150 lumen, 720p projector and it’s designed to sit on top of your stack of modules, so there are no pins on top that you would use to connect another accessory.

There’s a built-in battery that allows you a few hours of run time when the projector isn’t plugged in. But if you use it with the optional 10,000 mAh battery bank module you should be able to extend your battery life.

The new Thinkpad Stack Charging Station is a much simpler device that basically does one thing: it adds a Qi wireless charger to the top of your Stack. Since both the Charging Station and Mobile Projector are designed to rest on top of your other modules, you’ll only be able to add one of these modules to your Stack at a time.

The Mobile Projector should be available in April for $399 and the Charging Station should also hit the streets in April. It will sell for about $50.