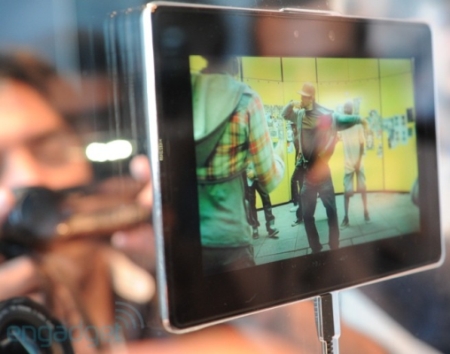 Research in Motion doesn’t expect to ship the new BlackBerry PlayBook 7 inch tablet until early next year, but the company had a few demo units to show off at the BlackBerry Developer Conference yesterday afternoon. Unfortunately they were locked away behind glass, so while a number of bloggers got to check them out in person, it was strictly a look-but-don’t-touch affair.

Still, here’s a bit of what we learned:

There are still a lot of things we don’t know, such as how responsive the touchscreen is or how the touch user interface works, because we haven’t actually seen anyone touch the tablet yet. But it could be a few months before we have answers to those questions.

3 replies on “Closer look at the BlackBerry PlayBook tablet”