NVIDIA’s second-gen Shield TV has the same processor, memory, and storage as the original. But it comes in a body that’s 40 percent smaller and comes in a $199 bundle that includes the Shield, a remote control, and a game controller. The first generation model shipped without the remote, which needed to be purchased separately.

The new Shield is up for pre-order and ships on January 16th. If you already have a first-gen model, you might not feel the need to upgrade though. A software update is also rolling out to the original Shield which will bring most of the same features available on the new model. 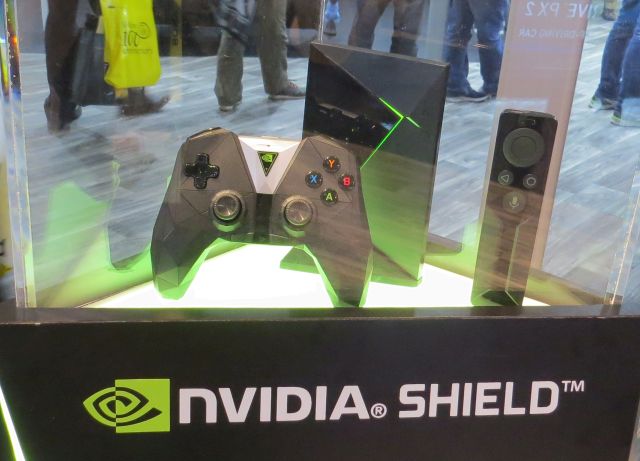 Let’s talk about some of those new features.

The new Shield will be one of the first Android TV boxes to support Google Assistant. This feature won’t be available at launch, but it should come in a future software update.

You’ll be able to talk to Google Assistant thanks to an always-on microphone in the game controller, which lets you ask questions or issue commands without touching a button.

Want to use Google Assistant when you’re not in the same room as the Shield? NVIDIA will sell an accessory called the Spot, which basically looks like a small golf ball-sized device that you plug into any wall jack in your home. It has a mic, a speaker, and the ability to communicate with a Shield on your home network, allowing you to interact with Google Assistant from any room where there’s a Spot.

First-generation Shield devices don’t have always-on microphones, so Google Assistant won’t work the same way… but you can buy a 2nd-gen controller or NVIDIA Spot and use it with a first-gen Shield to enable full Google Assistant functionality.

If you have supported smart home products like smart lights or thermostats, that means you can put a Spot in any room and speak to it to control the lighting and temperature, among other things. 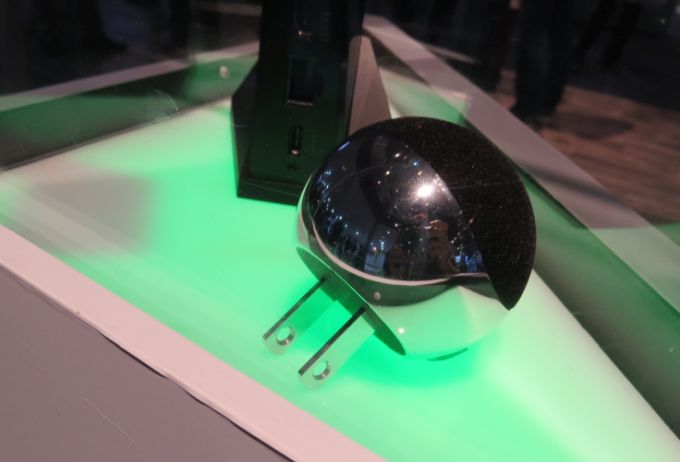 The new software isn’t just about Google Assistant though. It’s based on Android Nougat, and includes an Amazon Video app with support for HDR, as well as support for YouTube 360 degree videos.

While NVIDIA isn’t updating the processor, the company says the Shield with its Tegra X1 chip is still 3 times faster than competing media streamers including the Apple TV, Amazon Fire TV, and Roku Ultra. 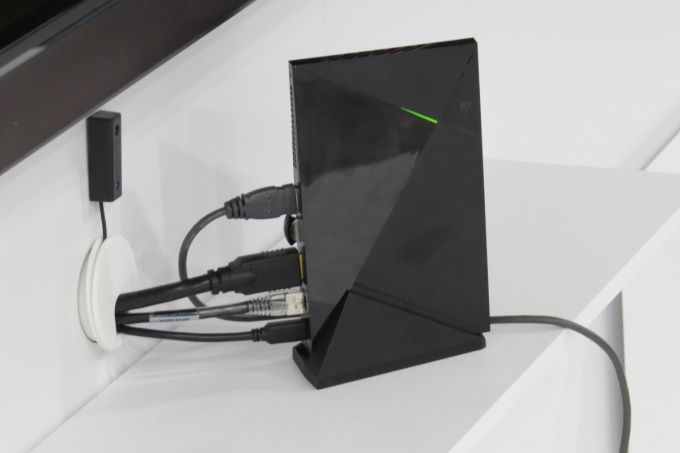 But the company did make a few changes in the 2nd-gen hardware. There’s no SD card slot anymore (the company says it was rarely used anyway), and the game controller connects to the Shield via Bluetooth rather than WiFi. I’m told performance is just as good and you get the option of using the game controller with any PC or phone that supports Bluetooth. Your results may vary.

NVIDIA also sells a $299 version with a 500GB hard drive instead of 16GB of eMMC storage.