The Click ARM One is a 10 inch tablet with removable modules for storage, memory, and even the display.

ImasD is taking pre-orders now and hopes to ship the Click ARM One tablet this summer. It sells for 289€ or about $313 US. The company is also partnering with Circular Devices to launch a modular phone called the PuzzlePhone.

The ARM in Click ARM stands for Advanced Removable Modules and has nothing to do with the chip design firm that goes by the same name.

At launch the Click ARM One tablet will be a limited edition device, with about 1,000 units built. The company says it’ll support Android, Ubuntu, Tizen, and other operating systems.

It will initially come with a CK Core module featuring a Samsung Exynos 4412 processor and 2GB of RAM. But it’s designed to be removable so you can swap out a bad core and replace it with a new model… or switch it for another core with more memory or a different processor if anyone makes one. 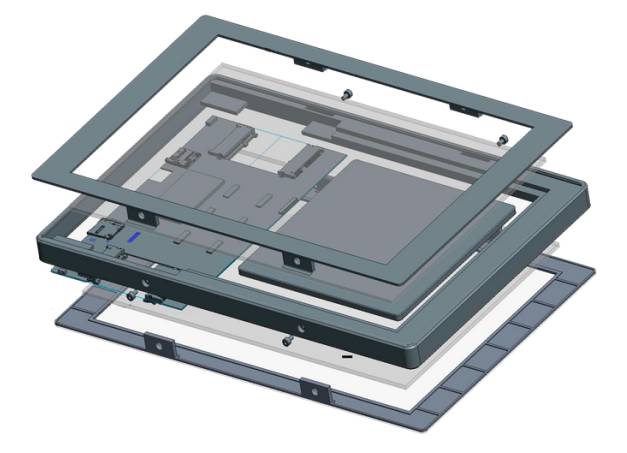 Other modular components include a motherboard with HDMI, WiFi, Bluetooth, and USB, a 16GB storage module, and a 10.1 inch, 1280 x 800 pixel multitouch display. Each of those pieces is designed to be user replaceable.

In other words… it’s a tablet designed like a traditional desktop PC. That probably shouldn’t be too surprising since tablets are basically PCs. But most smartphones and tablets on the market are sold as complete systems with integrated memory, storage, displays, and other components. You can’t even remove the battery from most recent mobile devices without voiding the warranty.

ImasD is also encouraging third party hardware developers to create their own modules which will connect to the Click ARM One through a mini PCI Express port.